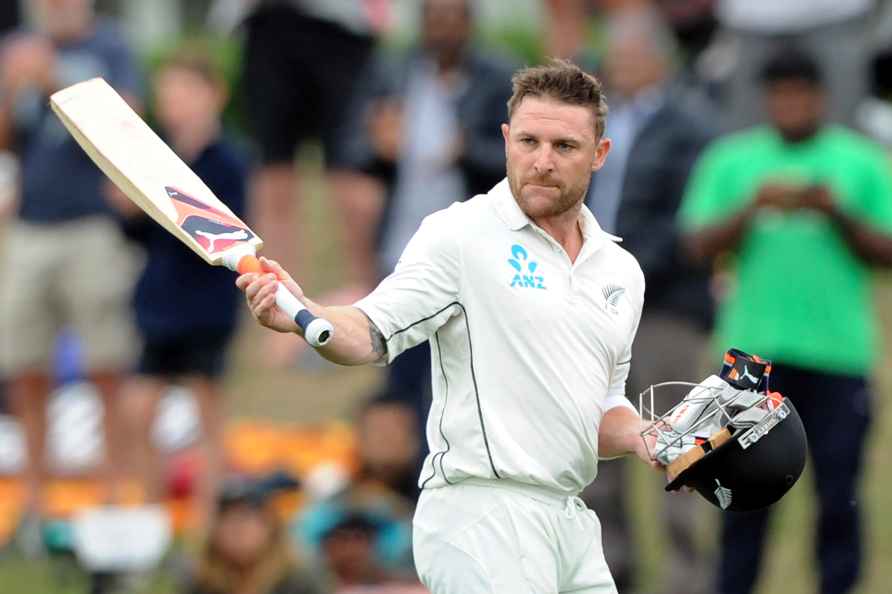 London, May 20 : Three members of the New Zealand touring party for the three-Test series against England have tested positive for Covid-19 ahead of the first game, scheduled at Lord's from June 2. Top-order batter Henry Nicholls, right-arm pacer Blair Tickner and bowling coach Shane Jurgensen have tested positive for the virus and will be in five days of hotel room isolation. A statement issued by New Zealand Cricket (NZC) said on Friday that, "Three of the BLACKCAPS touring party are in isolation after testing positive for Covid-19 on the morning of the first warm-up match against Sussex in Brighton. "Henry Nicholls, Blair Tickner and bowling coach Shane Jurgensen have begun five days of hotel room isolation after producing positive Rapid Antigen Tests this (Friday) morning." It also said that the four-day warm-up game against Sussex will go ahead as scheduled, adding that all other members of the touring party had tested negative. "The remainder of the tour party have now all been tested and returned negative results. The four-day warm-up match will go ahead as planned," said NZC. New Zealand will play a second warm-up against County Select XI from May 26-29 before the Lord's Test. The teams will then face off in the second Test at Trent Bridge (June 101-4), followed by the final game at Headingley (June 23-27). England, meanwhile, will be buoyed by the inclusion of pace bowling stalwarts James Anderson and Stuart Broad and all-rounder Ben Stokes being elevated as Test captain. England have also appointed New Zealander Brendon McCullum as their new Test team head coach. /IANS

With India Test on mind, Anderson could be rested for third Test vs New Zealand
London, June 19 : England pace bowling stalwart Jimmy Anderson will likely miss the third and final Test against New Zealand at Leeds from June 23 as

Kinshasa, June 20 : The withdrawal of the UN Stabilisation Mission in Congo (MONUSCO) from the eastern province of Tanganyika is good news as it reflects an improvement in the security situation, said […]

Nicosia, June 20 : Cyprus, an island country in the eastern Mediterranean, has re-established a regular sea-link with the outside world for the first time after 21 years. Cyprus' President Nicos […]