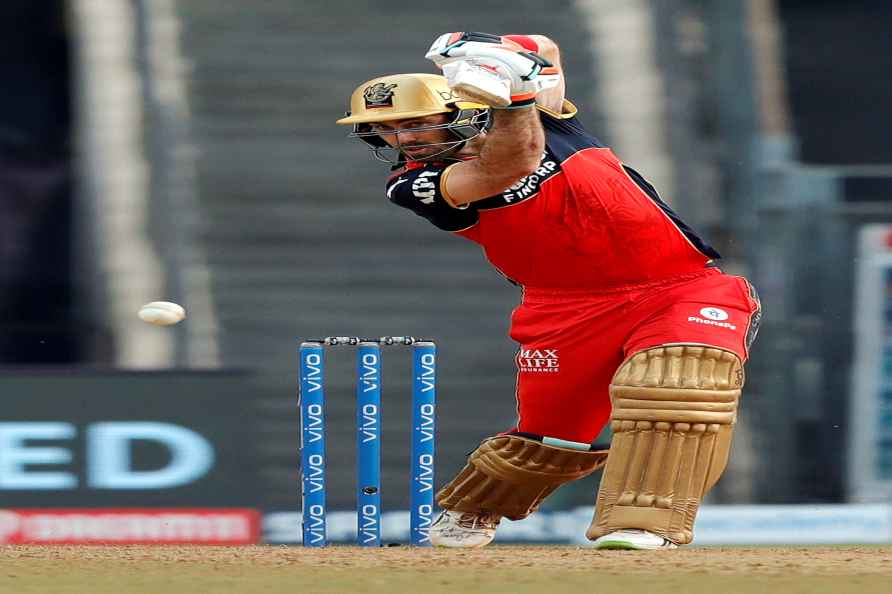 Mumbai, May 20 : Gujarat Titans top-order batter Matthew Wade has been found guilty of Level 1 offence of the Indian Premier League Code of Conduct and reprimanded for his actions following his dismissal in the match against Royal Challengers Bangalore (RCB) at the Wankhede Stadium on Thursday night. In a statement on Friday, IPL said, "Matthew Wade from Gujarat Titans has been reprimanded for breaching the TATA Indian Premier League's (IPL) Code of Conduct during his team's match against Royal Challengers Bangalore at Wankhede Stadium, Mumbai. Mr. Wade admitted to the Level 1 offence under Article 2.5 of the IPL Code of Conduct and accepted the sanction. "For Level 1 breaches of the Code of Conduct, the Match Referee's decision is final and binding," added the statement from IPL. The 34-year-old left-hand Australian batter -- a former T20I skipper -- was seen flinging his helmet and then repeatedly smashing his bat inside the Gujarat Titans dressing room after he was dismissed LBW for 16 by country-mate Glenn Maxwell. With the Titans top order not firing -- Shubman Gill (1) and Wade (16) went cheaply -- the IPL 2022 points table-toppers were restricted by RCB bowlers to 168/5. In reply, the Faf du Plessis-led side chalked up the required runs in 18.4 overs, with Virat Kohli and the skipper coming up with a match-winning 115-run partnership. Wade was piqued by the umpire's LBW decision, even though the DRS clearly showed no inside edge. A peeved Wade vent out his frustration inside the dressing room, first flinging his helmet and then smashing his bat several times. Wade has had a forgettable IPL 2022, scoring 118 runs in eight outing with a highest of 30. On Thursday, he could score on 16 runs off 13 deliveries. The Royal Challengers Bangalore, thanks to the win, have moved to fourth spot in the standings with 16 points. They will, however, have to wait for the outcome of the Delhi Capitals-Mumbai Indians match on Saturday to know their fate. A defeat for the Delhi franchise will earn RCB a playoff berth. /IANS

Roach grabs another five-wicket haul as West Indies on the verge of Test win vs Bangladesh
North Sound (Antigua), June 19 : West Indies right-arm quick Kemar Roach lived up to his reputation as one of the best fast bowlers in the world as he

IND v SA, 5th T20I: Start of play delayed as rain intervenes before a ball is bowled
[Bengaluru: Indian cricketer Yuzvendra Chahal before the start of the 5th and final T20 cricket match between India and South Africa, at M Chinnaswamy

Cape Town, June 19 : Sune Luus will lead the 15-member South Africa side for the upcoming one-off Test and three-match ODI series against England, beginning with the four-day game at Taunton on June 2 […]

39 ships from 14 countries blocked in Odesa

Kiev, June 19 : A top Ukrainian official confirmed that 39 civilian ships sailing under the flags of 14 countries are currently blocked in the ports of Odesa as a result of the ongoing war. The […]

North Sound (Antigua), June 19 : West Indies right-arm quick Kemar Roach lived up to his reputation as one of the best fast bowlers in the world as he grabbed his 10th five-wicket haul in Tests and a […]

Makers of Deoghar's 'peda' make a pitch for GI tag

Ranchi, June 19 : Deoghar's famous and delicious peda, a speciality of this holy town of Jharkhand, is earning accolades in far off Gulf countries with Bahrain and Kuwait going crazy over it. The swee […]