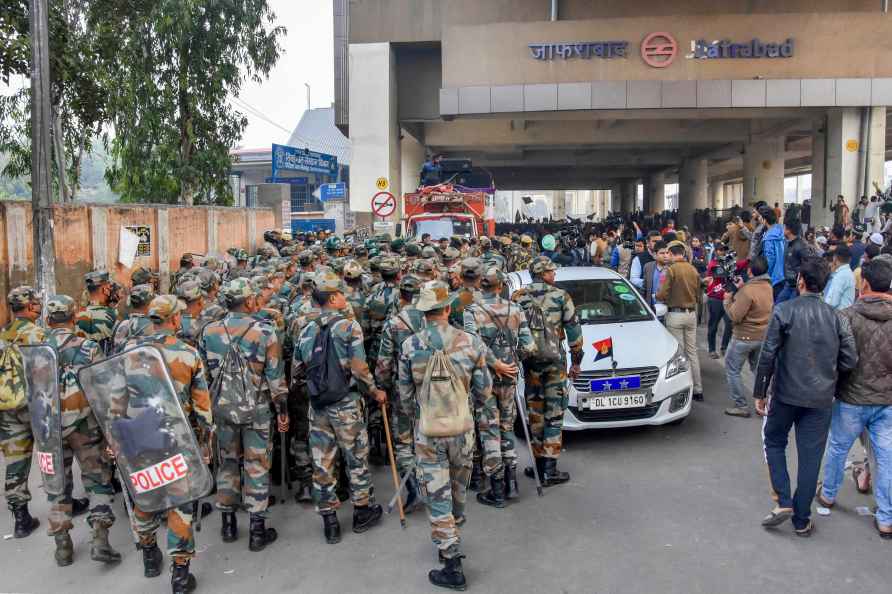 New Delhi, May 17 : After three days of halt, the Municipal Corporation continued with the ongoing demolition drive against illegal encroachment in the national capital on Tuesday. As per latest reports, the drive is underway in the area of ward No 28 (from Rithala metro station to sector 24 traffic light) where encroachments are being razed to the ground. The demolished structures were illegally constructed on the pavement of the main road, i.e., on government land. As the officials of the civic body arrived there, the people, rather than resisting the drive, were seen removing the temporarily constructed structures by themselves. The Administrative Officer of Rohini Zone of the North Delhi Municipal Corporation, in a letter to SHO Budh Vihar police station, Sector 5 Rohini, requested to provide 50 police personnel, including female cops, so that law and order may be maintained in the area during the joint encroachment removal programme. Earlier, the civic agency had asked for 400 police personnel, but they said that the field staff of the concerned area has already removed the maximum encroachment so now only 50 personnel are required for the anti-encroachment drive. /IANS

Students protest at Delhi's ITO against Agnipath scheme
New Delhi, June 17 : Several students along with the members of All India Students' Association (AISA) on Friday staged a protest over the Central gov