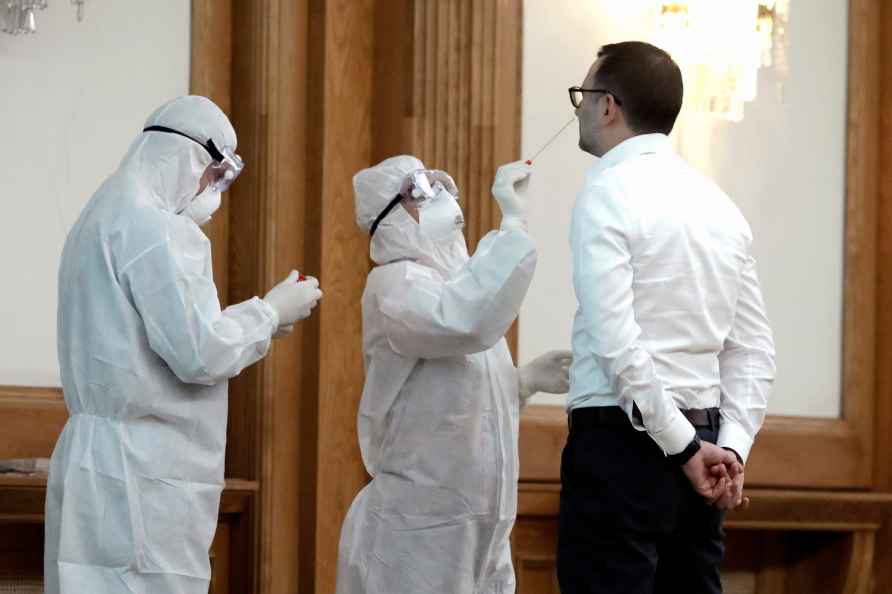 Warsaw, May 17 : In the first leg of her European tour, US Secretary of the Treasury Janet Yellen arrived in Poland during which she met Prime Minister Mateusz Morawiecki and other officials to discuss Warsaw's opposition to a global 15 per cent corporate minimum tax and the Ukraine war. The visit to Warsaw is the first in a series of meetings for Yellen in Europe. She will also travel to Brussels in Belgium and Bonn in Germany this week, reports Xinhua news agency. Poland is the only country in the European Union (EU) that has so far resisted plans to put a minimum on corporate taxes, aimed at halting a "race to the bottom" of countries trying to attract foreign enterprises. Poland's main argument against the tax is that it would put a larger burden on European companies, unless it is linked to changes in tax treaties that would allow countries to levy more taxes on large US technology giants. This so-called Pillar 1 plan has however not been fully developed yet. During the meeting with Morawiecki, the Treasury Secretary urged Warsaw to move on with the tax deal, saying it would "raise crucial revenues to benefit the citizens of both Poland and the US". "We've had very good discussions, good, frank discussions, in all of the meetings, and we'll continue to work on all of the issues," Yellen said. The two sides also discussed the Ukraine crisis, including sanctions on Russia. Yellen expressed gratitude to Poland for admitting 3.4 million Ukrainian refugees since the start of the war in February. /IANS

Kozhikode, T'puram too witness Agnipath protests
Thiruvananthapuram, June 18 : Several unemployed youths who have been waiting for a job in the army staged protest marches in Thiruvananthapuram and K

Mumbai, June 18 : Payal Rohatgi and her boyfriend Sangram Singh are to get married in Agra on July 9, the actress confirmed. The couple is to have a three-day long big fat wedding at Jaypee Pala […]

Aakanksha Singh goes gangsta: 'Rangbaaz' has been an interesting journey

Mumbai, June 18 : Aakanksha Singh who was last seen in the Amitabh Bachchan Ajay Devgn starrer 'Runway 34' is busy shooting for the new season of the upcoming web series 'Rangbaaz 3'. The story […]

Los Angeles, June 18 : The production team of 'The Late Show With Stephen Colbert' was subjected to detention by law enforcement agencies in the US Capitol after filming comedy segments for the said s […]