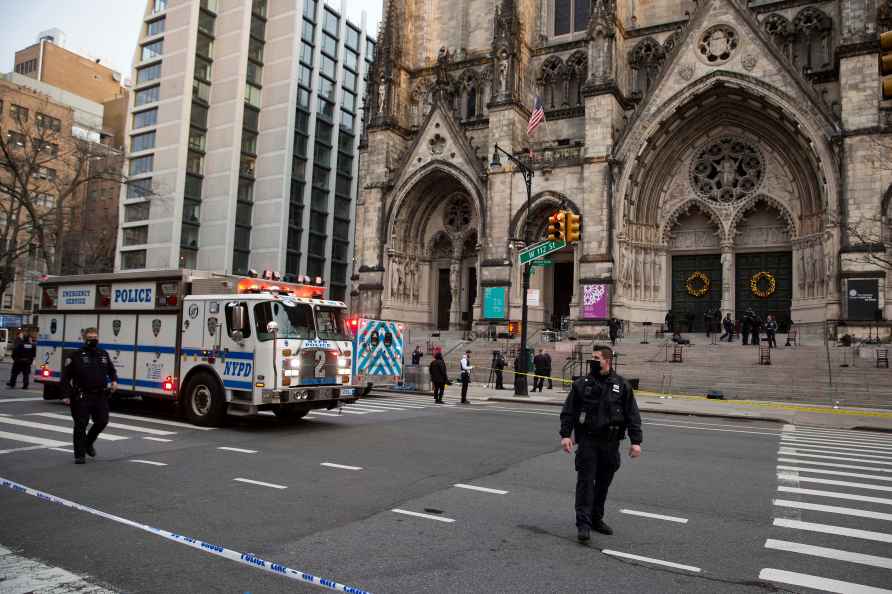 Los Angeles, May 17 : Authorities have identified the suspect who carried out a shooting at a church in California that left one person dead and five others injured. In a statement on Monday, the Orange County Sheriff's Department said that the suspect, David Chou, has been booked on one felony count of murder and five felony counts of attempted murder, reports Xinhua news agency. The 68-year-old Las Vegas man is being held on $1 million bail. The shooting took place at 1.30 p.m. on Sunday inside the Geneva Presbyterian Church in the City of Laguna Woods in Southern California's Orange County. The suspect opened fire at an Asian church congregation when the church was hosting a luncheon to honor a former pastor. "When deputies arrived, they found the congregants had detained the suspect by tackling him then tying his legs with extension cords," said the Sheriff's Department, adding that deputies located one deceased individual and five others who were injured. Two firearms were recovered at the scene. The injured victims, four men between the ages of 66 and 92 and one 86-year-old woman, are all of Asian descent, according to the Sheriff's Department. The identity of the deceased will be released pending official identification by the coroner and notification of next of kin. It remains unclear what motivated the deadly shooting at the church. Officials said that the shooting investigation has continued and teams were also still processing the scene. /IANS

Rahul says no knowledge of YI-AJL deal: ED sources
New Delhi, June 16 : Congress leader Rahul Gandhi has told the Enforcement Directorate (ED) that all the decisions and transactions related to Young I

'Agnipath' stir turns violent in MP's Gwalior
[Gwalior: Police personnel inspect railway properties, that were vandalised and set on fire by miscreants during a protest against the 'Agnipath' sche

Child dies as father's occult ritual goes awry in Andhra
Nellore (Andhra Pradesh), June 16 : In a shocking incident, a 3-year-old girl, who was subjected to occult practices by her father, died while undergo

DW BUREAU / Barnala Lashing out at opposition for creating uproar over alleged deterioration of law and order situation in the state, Chief Minister Bhagwant Mann on Thursday said that they are baf […]