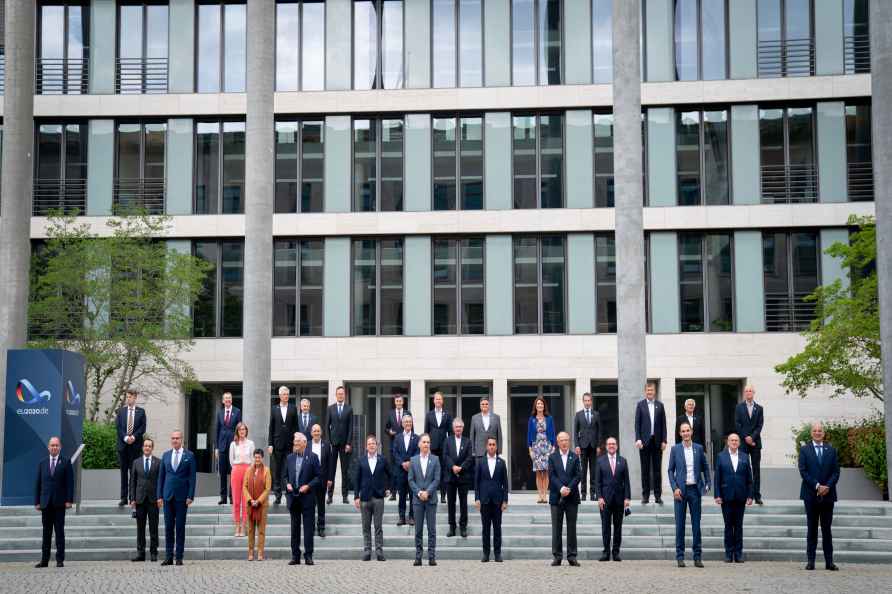 Brussels, May 17 : European Union (EU) Foreign Ministers failed to reach an agreement on a sixth package of sanctions against Russia, including a controversial oil embargo. Following the meeting of the EU Foreign Affairs Council in Brussels, the bloc's High Representative for Foreign Affairs, Josep Borrell told a press conference on Monday that unanimity had not been reached on the issue. However, the EU will continue to impose sanctions on Russia "to make the price of its invasion of Ukraine unbearable for the Kremlin," he said. The issue will now be referred to the Committee of Permanent Representatives of the Governments of the Member States to the European Union, Xinhua news agency reported. Borrell added that the EU will provide an additional 500 million euros ($521 million) from the bloc's peace facility for weapons deliveries to Ukraine. This brings the total amount of EU assistance to two billion euros. The sixth package of sanctions was proposed by the European Commission on May 4. However, Hungary, which is highly dependent on Russian oil, is blocking the agreement. Borrell said it was not possible to predict how long it could take to reach a deal. "Sanctions cost. Sanctions hurt the one who is being sanctioned and have collateral effects on the one who sanctions. But one thing is clear for everybody in the Council: we have to get rid of the energy dependency of the EU with respect to oil, gas and coal coming from Russia," he added. /IANS

IndiGo manager's report is fudged: Cong on in-flight protest row
Thiruvananthapuram, June 16 : The Congress on Thursday dismissed the report that was prepared by the IndiGo Airlines manager as fudged and said it did

Protests against Agnipath scheme in UP
Lucknow, June 16 : Protests began in some districts of Uttar Pradesh on Thursday against the 'Agnipath' recruitment scheme of the Central government.

Mumbai, June 16 : Popular stand-up comic Kenny Sebastian posted a picture of an English question paper and it has gone viral for all the right reasons. The photograph showed a section from the c […]