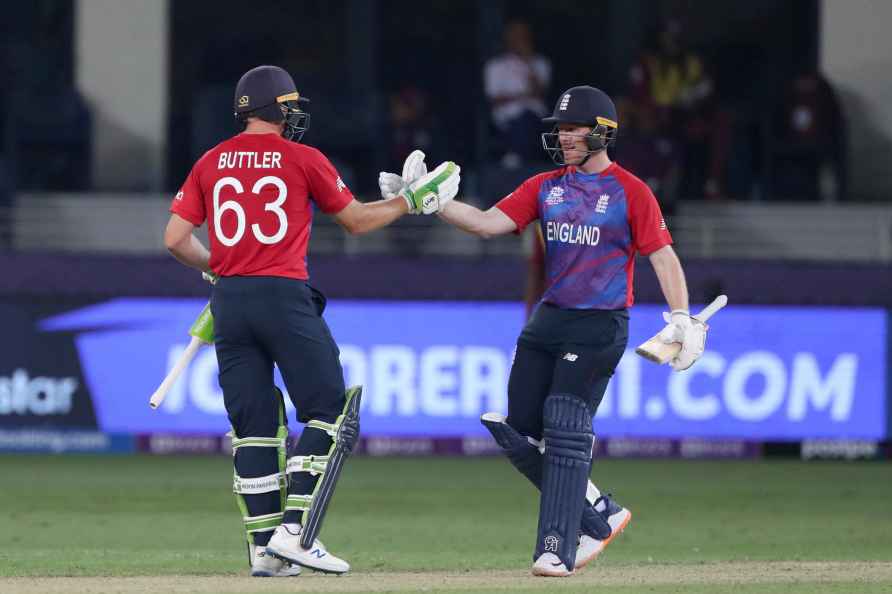 Dubai, May 4 : India have further cemented their position at the top of the ICC Men's T20I Team Rankings following the annual update released on Wednesday. The Rohit Sharma-led side's lead over England on the top of the charts has extended to five rating points, from one previously. "The new rankings reflect all T20I series completed since May 2019, with those completed prior to May 2021 weighted at 50 per cent and subsequent series weighted at 100 per cent," the International Cricket Council (ICC) said in a statement. India are now on 270 points, while the second-placed England have logged 265 points. Pakistam South Africa and Australia are the tied, fourth and fifth-placed teams with 261, 253 and 251 points, respectively. India have been in sublime form in the format, following their disappointment at the 2021 ICC Men's T20 World Cup in the UAE and Oman, where they failed to make the semifinals. India have defeated New Zealand, West Indies and Sri Lanka on home turf, under Sharma's captaincy. Sharma took over from Virat Kohli following the global event last year. New Zealand have dropped two places to No.6, losing five rating points (250). West Indies (240 points) remain on the seventh spot. Bangladesh (233 points) and Sri Lanka (230 points) have both gained one position in the chart to occupy the eighth and ninth positions respectively. Afghanistan have dropped two places, rounding out the top-10 after losing six rating points (226). "Portugal are the biggest overall gainers in the annual update, gaining eleven points (54). This has seen them jump five places in the charts, moving up to the 45th position. Overall, the number of ranked teams has dropped down to 72 from 91, with each team being required to play a minimum of six rated matches since May 2019," said the ICC. /IANS

IPL Media Rights: Auction moves to third day, Disney-Star bags TV deal for Rs 23,575 cr, Viacom18 gets digital; reports
Mumbai, June 14 : Two different broadcasters won the TV (package A) and digital rights (package B) for the Indian subcontinent in the e-auction of the

By Arul Louis New York, June 14 : US Senate Foreign Relations Committee Chair Bob Menendez has asked the Quad to help Sri Lanka to avoid "an economic implosion". In a letter to India's Extern […]

Janjgir Champa: NDRF personnel carry out rescue work for the fouth consecutive day to save the 11-yr-old boy Rahul Sahu, stuck in a borewell, at Pihrid village in Janjgir Champa district of Chhattisga […]

Hyderabad, June 14 : Covid-19 pandemic exposed blood shortage across many Indian states, and this situation arose despite many good Samaritans repeatedly stepping forward to donate their blood. […]

San Francisco, June 14 : Tech billionaire Elon Musk has said that its electric vehicle company Tesla had a 'very tough quarter' and needs to rally. According to the auto-tech website Electrek, o […]