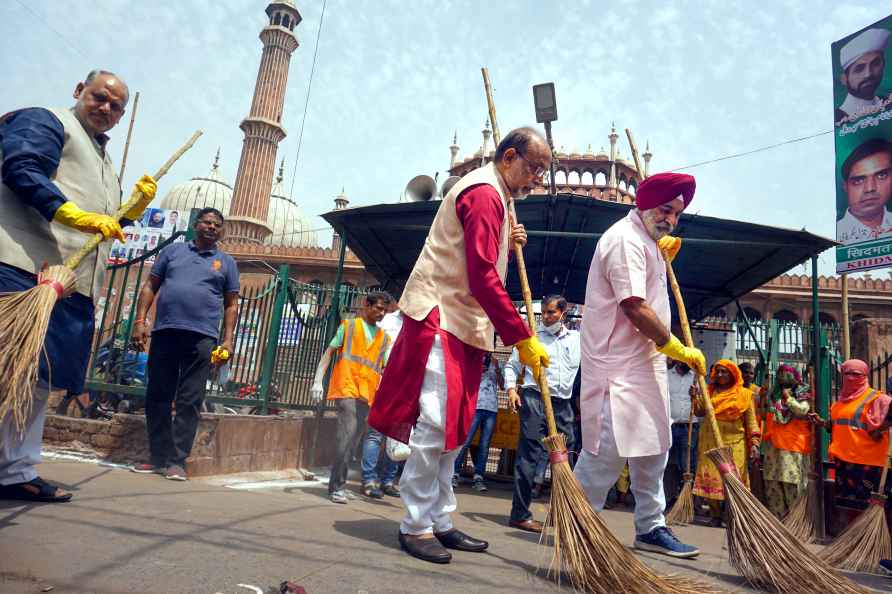 Shooting at a July Fourth parade, in a Chicago
Terrified parade-goers fled Highland Park's Fourth of July parade after shots were fired, leaving behind their belongings as they sought safety, Monda

Security after killing of Umesh Kolhe in Amravati
Amravati: Police personnel deployed to maintain law and order after the killing of chemist Umesh Kolh on June 21, in Amravati, Monday, July 4, 2022. K

'Anupamaa' actor Adhik Mehta talks about his passion for basketball

Mumbai, July 3 : Actor Adhik Mehta, now seen in TV show 'Anupamaa', reveals that he's a keen sportsman and has played basketball ever since he was in school. He says: "Even though one can quickl […]

Male infertility up by 40% due to climate change, says WHO

By Avinash Prabhakar New Delhi, July 3 : The infertility and the impaired fecundity have been a concern through ages and is rising for various reasons. The prevalence of infertility in the general p […]

Lucknow, July 3 : Veterans in the Samajwadi Party and the Yadav family have now started openly criticising the leadership of party president Akhilesh Yadav. Former chairman of the Vidhan Parisha […]