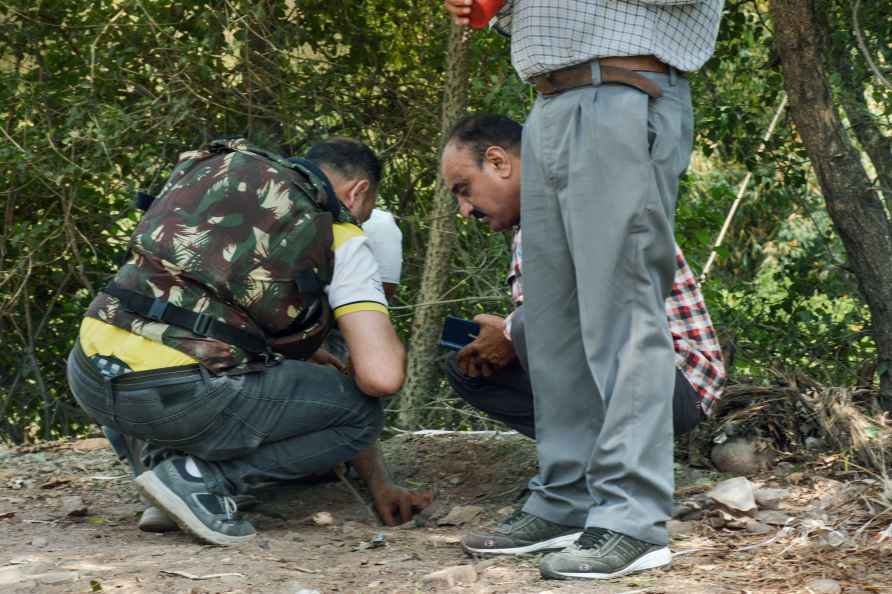 Jammu, April 28 : A major tragedy was averted as an IED found alongside a busy road in J&K's Jammu city on Thursday was successfully defused, police said. Police sources said that the explosive material, which was suspected to be an improvised explosive device (IED) or a sticky bomb, was found alongside the road in Sidhra area after which an alert was issued and traffic suspended in the area. "The bomb disposal squad was called in to examine the material and defused the IED," a source said. /IANS

Modi's Shimla visit to sound poll bugle
[**EDS: TO GO WITH STORY** Patna: A rare vintage steam roadroller built by a British company that was earlier used by the District Board Patna authori

NGT case turns spotlight on Kerala's serpent groves acting as biodiversity reserves
[A man makes an enquiry outside a sales and ticketing office of Tara Airlines at the Tribhuvan International Airport in Kathmandu, Nepal, Sunday, May

Modi, Shah, Nadda to lead BJP's Mission South India from the front
[Varanasi: Members of Namami Gange hold posters of Prime Minister Narendra Modi as they offer milk to the Ganges river, on the completion of 8 years o

Protest against Housing Board in Patna

Patna: People stage a protest against the Housing Board and the district administration, in Patna, Sunday, May 29, 2022. ( /PTI […]

By Sujit Chakraborty Imphal, May 27 : More than two years after closure of the India-Myanmar trade, the bilateral business through Manipur's Moreh-Tamu border would resume soon, officials said on Fr […]