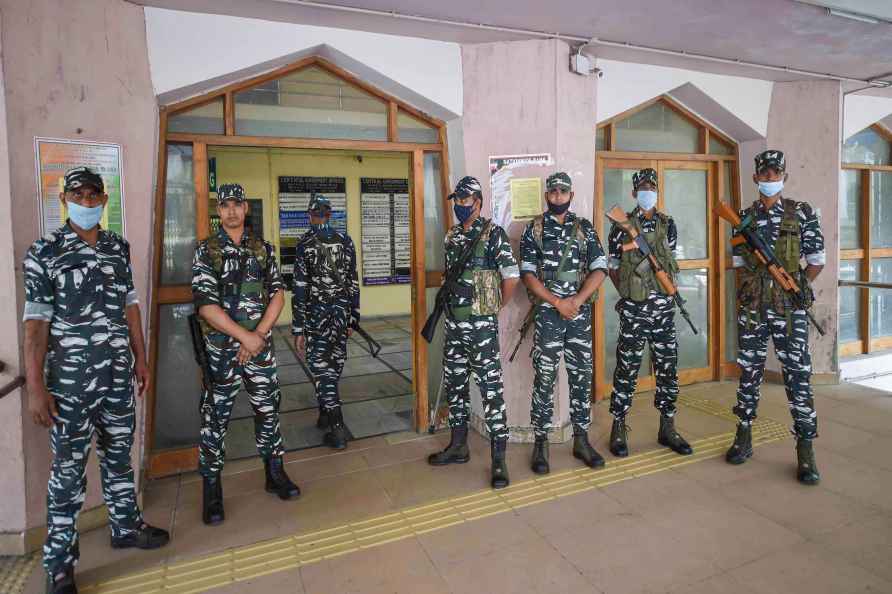 Kolkata, April 26 : The Central Bureau of Investigation (CBI) has now forwarded the medical reports of Trinamool Congress strongman Anubrata Mandal to All India Institute of Medical Sciences (AIIMS), New Delhi to cross-check its authenticity. CBI sources, on strict conditions of anonymity, said that they have also had rounds of discussions with the defence doctors posted in Command Hospital in Kolkata on the same grounds. "The counsels of Mandal have forwarded his medical reports to us on Monday evening. We have immediately forwarded the same to AIIMS, New Delhi to seek the opinion of specialist doctors there," a CBI source said. He also said that based on the opinion given by specialist doctors from AIIMS, New Delhi and Command Hospital, Kolkata, the central agency might consider approaching the court for getting Mandal tested by an independent team of doctors who are associated with any state- run hospital in West Bengal. CBI sleuths are also keeping the option open to go Mandal's residence at Chinar Park in Kolkata and start the preliminary questioning in the twin cases of cattle & cola smuggling and post-poll violence in West Bengal. On Monday afternoon, Mandal gave conditions to CBI to appear for interrogation. At around 5.30 p.m. on Monday, letters from Mandal reached the offices of anti-corruption branch (ACB) and special crime branch (SCB) of CBI, where the Trinamool |Congress' Birbhum district president has given two conditions relating to time and place of his appearance for central agency interrogation. In the letters to the ACB and SCB of CBI, Mandal clearly said that he will be able to appear in front of the CBI sleuths only after May 21, 2022. As regards to the place of integration, Mandal insisted that it would be decided only after mutual discussion. In fact, it is the medical reports that Mandal had been using as shields to avoid facing CBI sleuths since the beginning. He has avoided seven summons from the central probe agency, six of which are pertaining to cattle & coal smuggling cases and one relating to post-poll violence in the state. On April 6, he got admitted to the state-run SSKM Medical College & Hospital, where he spent 17 days. He returned to his Kolkata residence from hospital on April 22. In the last two days, he received two summons for appearance at the CBI office. But he avoided both the summons on health reason and cited the prescription of the medical board of SSKM Medical College & Hospital advising him four weeks of bed rest. /IANS

Padma Shri Raj Bothra acquitted of all charges in US trial
Detroit, June 30 : Rajendra Bothra, an Indian-origin doctor, and three other physicians were acquitted of charges related to federal allegations they

New Delhi, June 30 : Alt News co-founder Mohammed Zubair, who is currently in police custody in connection with a 2018 contentious tweet, on Thursday approached the Delhi High Court challenging the re […]

Kolkata, June 30 : West Bengal Governor Jagdeep Dhankhar has written a letter to Chief Minister Mamata Banerjee, asking her to withdraw the "most unconstitutional declaration of 'jihad' against the B […]

Thiruvananthapuram, June 30 : The Congress-led opposition demanded a CBI probe into the gold smuggling case on Thursday, a day after the prime accused Swapna Suresh alleged that Chief Minister Pinaray […]