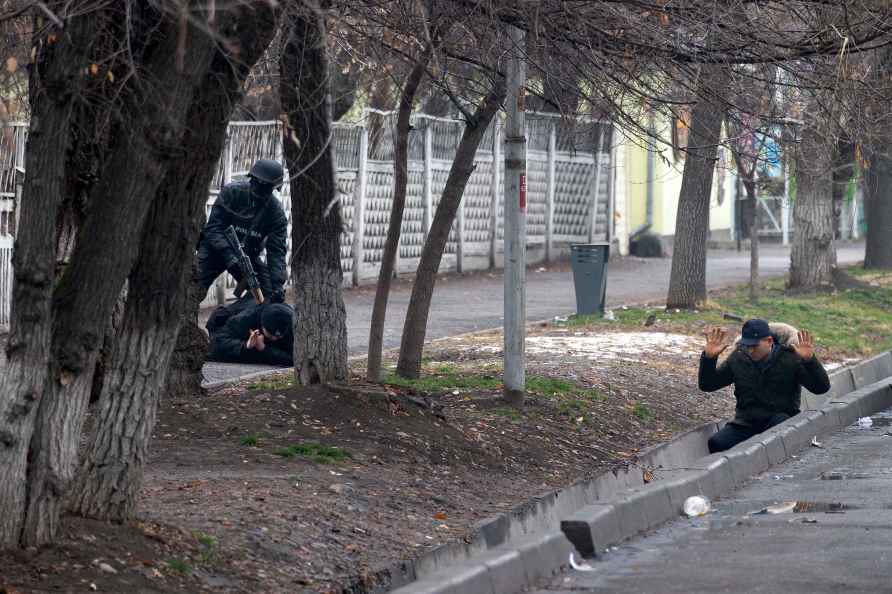 Shiberghan, April 20 : Security forces in Afghanistan have discovered a weapons cache in Khaniqa district of Jawzjan province, senior police officer Mullah Mohammad Dindost said on Wednesday. The weapons cache containing a variety of arms and ammunition including 44 pieces of mortar mines was found in Agam Turkmania village of Khaniqa district a couple of days ago, Dindost said, adding that locals' support is important to collect weapons as part of efforts to stabilize security, Xinhua news agency reported. By launching cleanup operations in parts of the country, the Taliban-run administration has been trying to collect arms and ammunition from irresponsible armed groups and individuals, and thousands of pieces of arms including assault rifles have been seized over the past couple of months, officials said. /IANS

MONUSCO's withdrawal from Congo's Tanganyika province reflects security improvement: UN envoy
Kinshasa, June 20 : The withdrawal of the UN Stabilisation Mission in Congo (MONUSCO) from the eastern province of Tanganyika is good news as it refle

Kinshasa, June 20 : The withdrawal of the UN Stabilisation Mission in Congo (MONUSCO) from the eastern province of Tanganyika is good news as it reflects an improvement in the security situation, said […]

Nicosia, June 20 : Cyprus, an island country in the eastern Mediterranean, has re-established a regular sea-link with the outside world for the first time after 21 years. Cyprus' President Nicos […]