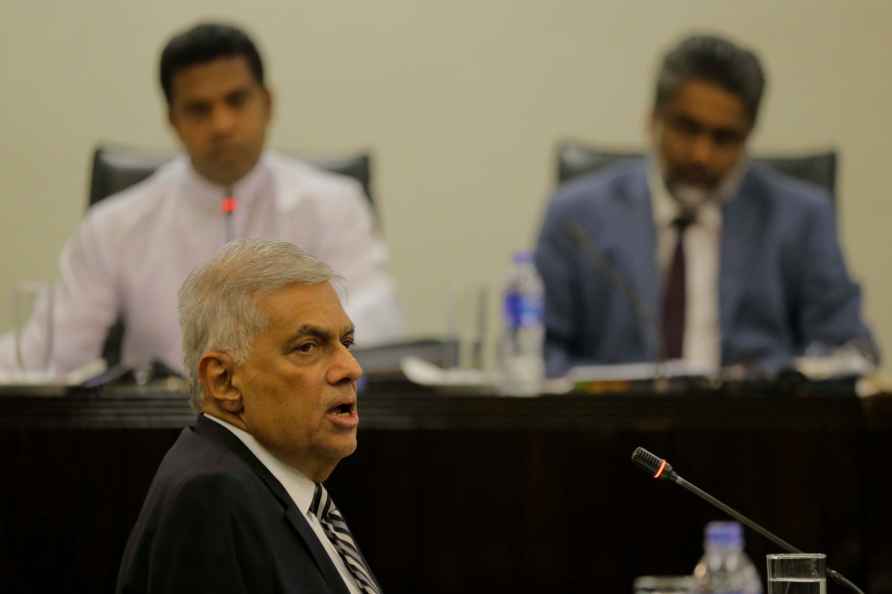 Colombo, April 11 : Former Prime Minister of Sri Lanka, Ranil Wickremesinghe, said on Monday that right now it is just a 'short break' for the crisis-stricken island nation because the Indian credit line is operational. "The credit line from India, the credit line for all types of goods will most probably be over by the end of May, some say it will be earlier. And as far as the world credit line is concerned, some say it will end latest by the second week of May. Then the country will come to a halt," Wickremesinghe told an Indian TV channel, adding that the country does not even have enough foreign exchange. "It is probable that the private sector will have to close by June. Already, the shortages are affecting the hospitals, and the health services, in fact, it is affecting us in all sectors," he added. Talking about China, the former Sri Lankan Prime Minister said the Xi Jinping-led country gives SOPs and credit line in their own currencies and forces them to buy only Chinese. "They have said that they don't reschedule loans. However, they have promised an additional loan of a billion, to repay the existing loan," Wickremesinghe said. /IANS