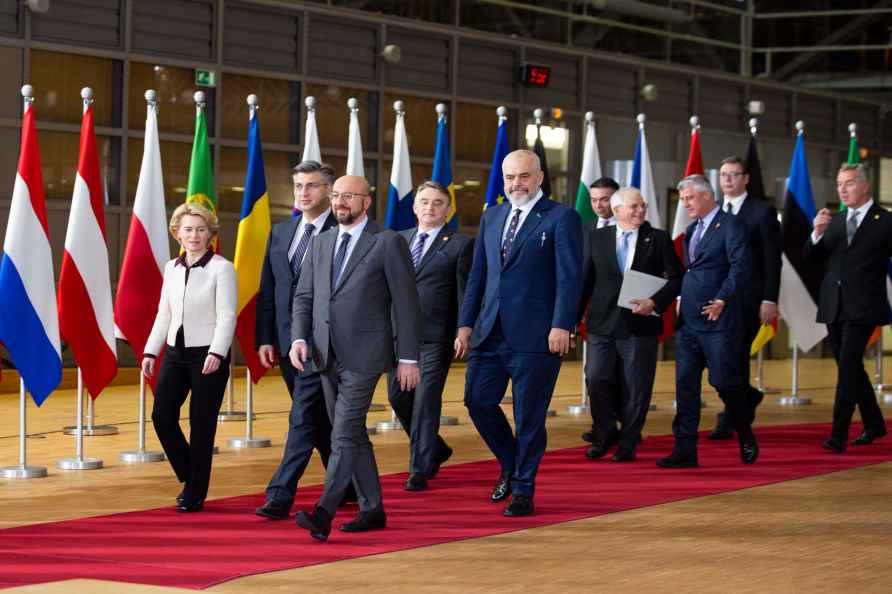 New Delhi, Jan 27 : The EU has accused China of "illegal" trade practises as it launched an official dispute on behalf of one of its smallest member states, BBC reported. The row was sparked when Lithuania allowed Taiwan to open a de facto embassy there, angering Beijing which sees Taiwan as part of its territory. China downgraded its diplomatic relations with Lithuania, but denies ordering a boycott of Lithuanian goods, the report said. The EU has now taken the case to the World Trade Organisation. European Trade Commissioner Valdis Dombrovskis said China was blocking Lithuanian imports and imports from other EU states, if they have components coming from Lithuania. Dombrovskis told the BBC that the EU would still try to find an "amicable solution" in parallel with pursuing the WTO case. But experts say the WTO case could easily become bogged down. "It will probably take years to litigate," said Noah Barkin, a Visiting Senior Fellow at the German Marshall Fund, the report said. Valdis Dombrovskis said: "The EU is respecting the One-China policy and our assessment is that steps taken by Lithuania do not step out of the One-China policy framework." Beijing has denied ordering a trade boycott but the European Commission says it has evidence that China is refusing to clear Lithuanian goods through customs, rejecting import applications and pressuring EU companies to remove Lithuanian inputs from their supply chains, BBC reported. /IANS

Mumbai, April 26 : Actor Sudhanshu Pandey shared his working experience with co-actor Puja Banerjee in 'Anupama: Namaste America'. Sudhanshu, who has received a lot of appreciation for his role […]

Mumbai, April 26 : Raj Singh Chaudhury, the director of the upcoming Netflix film 'Thar', says that the shooting of the film 'Thar' in the rugged Rajasthan desert was logistically very difficult. […]

Aditya Narayan: Singing is not a means to earn money

Mumbai, April 26 : Singer Aditya Narayan, who recently came up with his new song 'Mangta Hai Kya', says he is quite choosy about his singing and he can manage to maintain the quality control because m […]