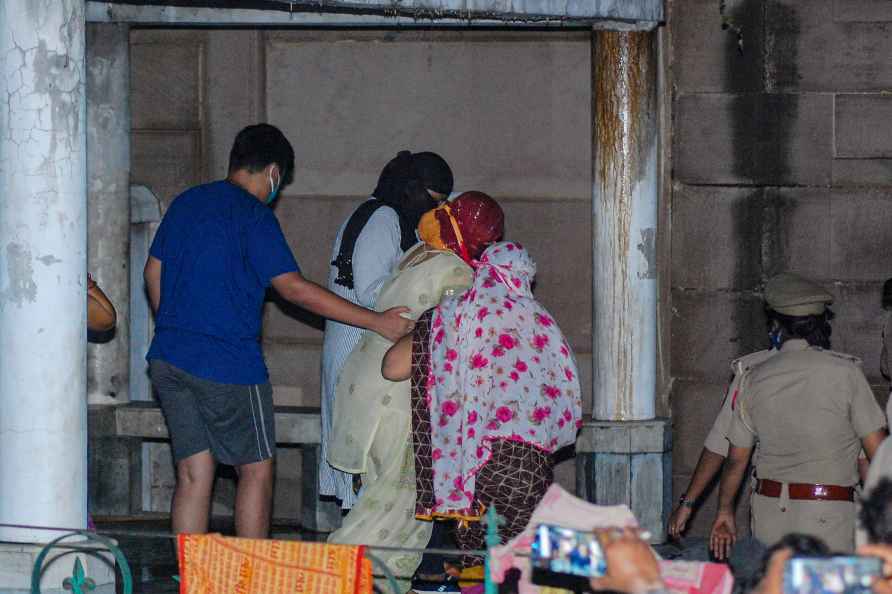 Kanpur (UP), Jan 26 : Richa Dubey, widow of slain gangster Vikas Dubey, has alleged that officials in the Yogi Adityanath government were harassing her and her family even one and a half years after her husband was killed in an encounter. Vikas Dubey, the main accused in the Bikru massacre in which eight policemen were killed on July 3, 2020, was shot dead a week later by the police. Talking to reporters, Richa said that she had not been given her husband's death certificate till date. "Whenever I approach the concerned officials, I am told that it is a sensitive matter and a decision will be taken at the top level. What decision is needed for issuing a death certificate," she asked. Richa further alleged that Vikas Dubey's associate Rajiv Bajpai had joined the BJP and was now grabbing their land and property in the Bikru village. She said that her family received death threats and was finding it difficult to make ends meet because her accounts have been seized. /IANS