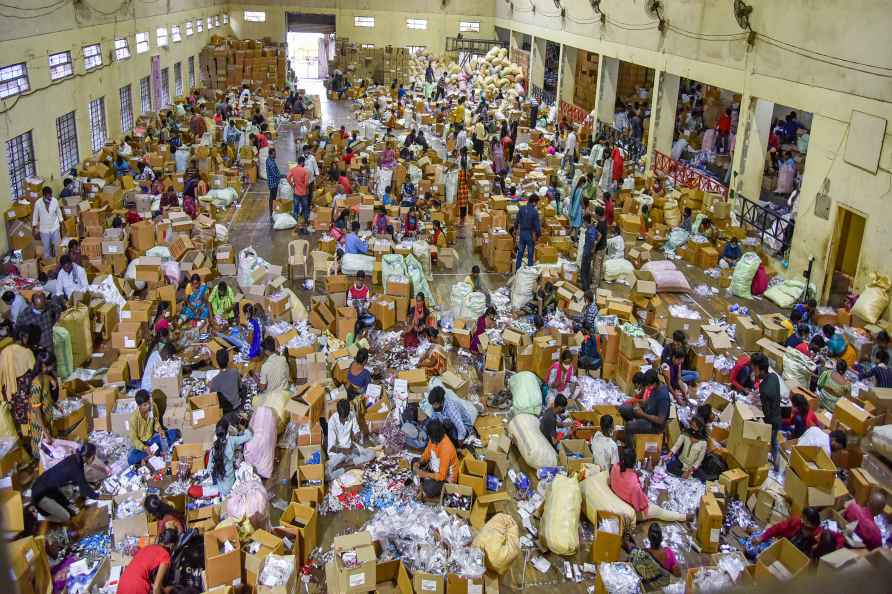 Chennai, Jan 23 : Actor Jayaram Subramaniam has announced that he has tested positive for Covid-19. Taking to Instagram, Jayaram, who has acted in a number of Malayalam and Tamil films, said: "Hi everyone, I have tested positive for Covid-19 today. This is a reminder that the virus is still among us. "I urge those who have been in close contact with me to isolate themselves and get tested if experiencing symptoms. "I have started my treatment for the same. Hoping to see you all very soon." "The list of those from the Tamil, Telugu and Malayalam Afilm industries testing positive for Covid keeps getting longer with each passing day. Only recently, actors Mammootty, Dulquer Salman, Keerthy Suresh, Suresh Gopi and Gitanjali Selvaraghavan had announced that they had tested positive for the virus. /IANS

Chennai, May 16 : Clarification on import duty waiver on cotton till September 30, reduction in margin money demanded by bankers for cotton purchases and mandating cotton and yarn stock declaration by […]

India tablet market set to grow up to 12% this year

New Delhi, May 16 : Driven by resurgent demand, the India tablet market grew 68 per cent year-on-year (YoY), while 4G tablets recorded a sequential growth of 74 per cent YoY in the first quarter (Q1), […]

Mali's government says it has thwarted a countercoup attempt, accusing an unnamed Western government of backing it, reports AP.

Mali's government says it has thwarted a countercoup attempt, accusing an unnamed Western government of backing it, reports AP. […]

New Delhi, May 16 : Tesla CEO Elon Musk who is busy finding fake/spamming accounts and bots on the micro-blogging platform thinks he himself is a bot, and so is his wife. Annoyed at the presence […]