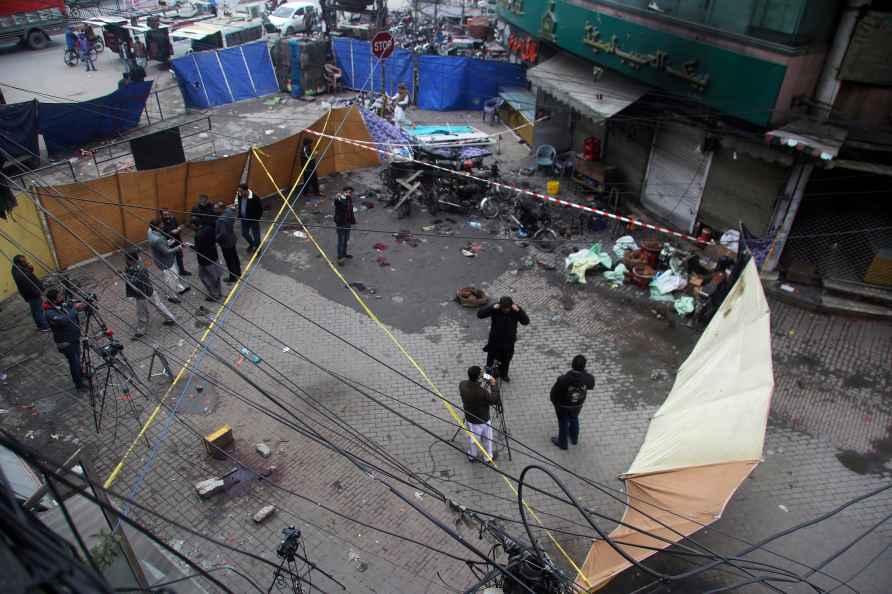 New Delhi, Jan 21 : The Baloch Nationalist Army, a newly emerged militant outfit, has claimed responsibility for the powerful blast in Lahore that killed three people and injured dozens others, Dawn reported. The group was formed earlier this month when Balochistan Republican Army and United Baloch Army merged and appointed Mureed Baloch as their spokesman. However, Interior Minister Sheikh Rashid said in a TV show on Thursday evening the Tehreek-i-Taliban Pakistan had claimed responsibility, but intelligence agencies were yet to determine who was behind the terrorist attack. In what appears to be a re-emergence of militancy in Lahore, a powerful blast ripped through the crowded Anarkali market, killing three people and injuring 33 others here on Thursday. Police and other law enforcement agencies initially declared it a gas cylinder explosion, but later investigations confirmed it was a bomb blast. The explosion left a deep crater on the road, damaged windowpanes of several buildings, vehicles and left 33 people injured, three of them critical. Three women were among the injured, the report said. Several photos and videos shared online showed plumes of smoke rising from a damaged motorcycle and some carts outside a shop and partially damaged set-ups nearby. Police officers believed the explosion resembled the timed-device blast carried out in July 2013 at the Old Anarkali food street that had killed five people. /IANS