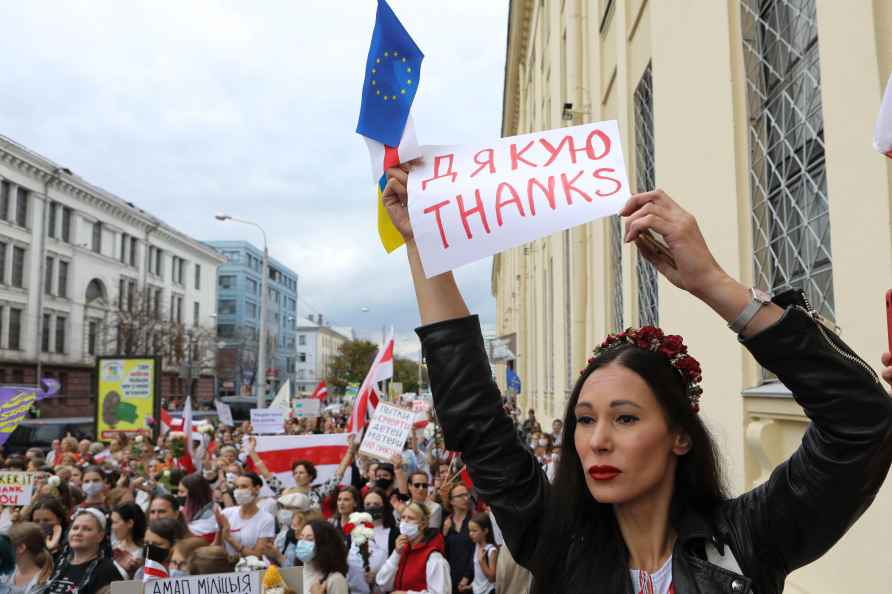 Minsk, Jan 21 : Belarusian President Alexander Lukashenko has signed a decree on calling a referendum to amend the country's Constitution, which will be held on February 27. According to Igor Karpenko, chairman of the Belarusian Central Commission for Elections and Republican Referendums, the commission is ready to hold the referendum, Xinhua news agency reported. According to electoral code, the decision adopted by a national referendum shall have a legal force, and it will enter into force 10 days after its official publication. The central election commission will organise the referendum, sum up its results and observe the enforcement of the appropriate legislation. On December 27, 2021, a draft constitution was presented for a nationwide discussion. The draft expands powers of the All-Belarusian People's Assembly, and removes the "non-nuclear" and "neutral" clauses. /IANS

Beijing to conduct additional mass Covid testing
Beijing, May 16 : Beijing will conduct three additional mass nucleic acid testing in 12 districts from Monday to Wednesday, as the Chinese capital is

Global Covid caseload tops 521.4 mn
Washington, May 16 : The global coronavirus caseload has topped 521.4 million, while the deaths have surged to more than 6.26 million and vaccinations

Kejriwal to hold meeting over anti-encroachment drive
New Delhi, May 16 : Delhi Chief Minister Arivind Kejriwal will on Monday to hold a meeting with Aam Aadmi Party (AAP) MLAs regarding the anti-encroach

Beijing, May 16 : Beijing will conduct three additional mass nucleic acid testing in 12 districts from Monday to Wednesday, as the Chinese capital is making all-out efforts to contain the latest resur […]

Bengaluru: Folk artists and athletes in the U14 age group attend the inauguration of the 2nd Karnataka Mini Olympics organised jointly by the Department of Youth Empowerment and Sports (DYES) and the […]

48,000 govt schools decked up to welcome students in K'taka

Bengaluru, May 16 : The Karnataka Education Department is making all attempts to make reopening of the government schools for children studying Class 1 to 10 a momentous event by creating a festive at […]