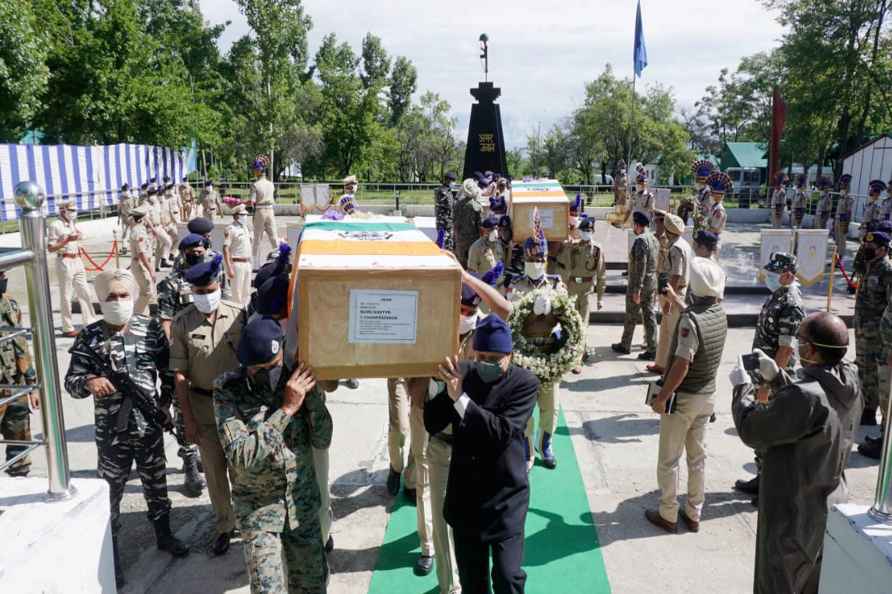 Srinagar, Jan 19 : Militants fired at a Central Reserve Police Force (CRPF) bunker in Jammu and Kashmir's Anantnag town on Wednesday but no one was injured, police said. Militants fired at the bunker on the K.P. Road in Anantnag, a police officer said. "No damage was caused in this incident. The area has been cordoned off for searches," police said. /IANS

Turkey insists on saying 'no' to Sweden and Finland's NATO bid: Erdogan
Ankara, May 20 : Turkey would say "no" to Finland and Sweden's NATO membership bid, as the country would not make the same "mistake" again, Turkish Pr

Yasin Malik produced in court amid tight security
New Delhi, May 19 : Jailed Kashmiri separatist leader Yasin Malik was on Thursday produced in the Rouse Avenue court. He has been charged for ha

New Delhi, May 20 : Naresh Patel, an influential Patidar leader in Gujarat, is likely to meet Sonia Gandhi on Friday, sources said. Patel and Gujarat Congress in-charge Raghu Sharma are on their […]