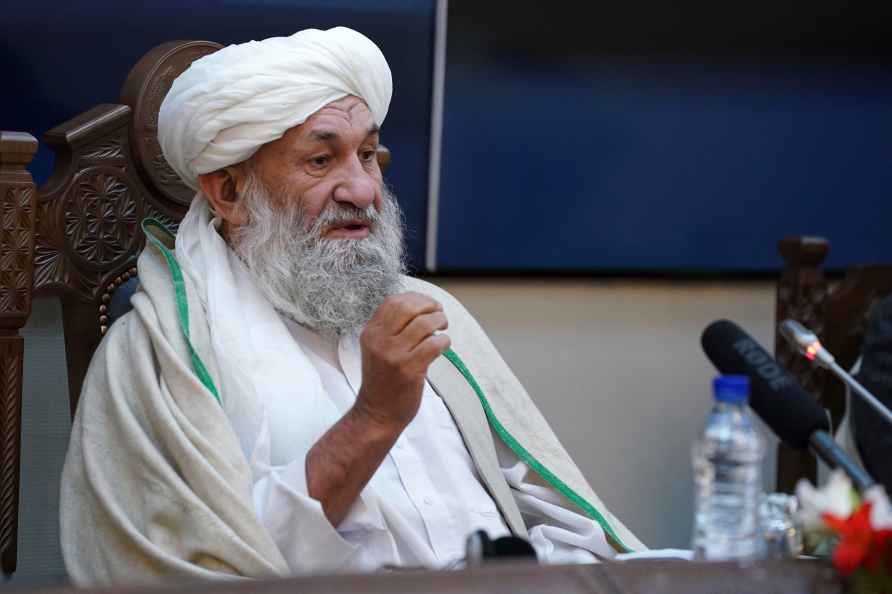 [Kabul: Taliban Prime Minister Mohammad Hassan Akhund speaks during an economic conference at the former Presidential Palace in Kabul, Afghanistan, Wednesday, Jan. 19, 2022. Even as Afghanistan faces a humanitarian catastrophe and its economy teeters on the brink of collapse, the United Nations representative on Wednesday told a Taliban-organized economic conference in the capital Kabul there have been some advances, including a surprising $1 billion in exports. /PTI] New Delhi, Jan 19 : The Taliban regime in Afghanistan on Wednesday will be discussing the economic situation of the country. A one-day conference 'Economy of Afghanistan' is being convened in Kabul, Khaama Press reported. This is the first time the government will be discussing the economy after the Taliban captured power on August 15 last year. The conference is said to be headed by the acting Prime Minister Mullah Muhammad Hassan Akhund and will be broadcast live on the state-run RTA channel. A statement reads that the 'conference will be opened by second Deputy PM Abdul Salaam Hanafi and will be concluded by a speech of first Deputy PM Mullah Abdul Ghani Baradar'. The acting PM is not likely to speak. It is not clear who else will be attending the conference and whether foreign people are invited or not, previously it was said that foreigners will also take part in the conference. The economic conference comes as Afghanistan is potentially on the brink of economic collapse and the country is going through the worst humanitarian crisis on earth. /IANS