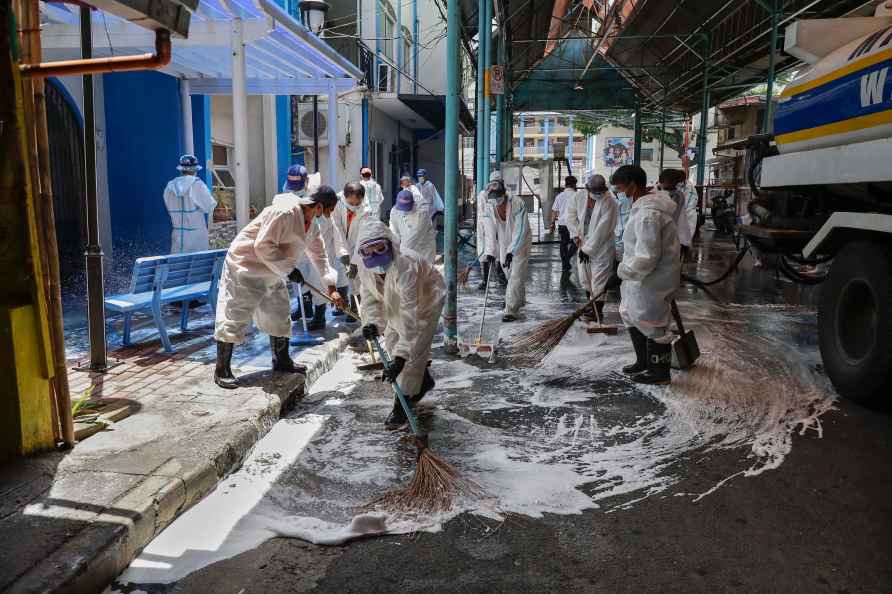 Canberra, Jan 19 : Australian Prime Minister Scott Morrison on Wednesday said the government would rebate visa fees for international students and backpackers to support the workforce challenge amid surging Covid-19 cases nationwide. Those include international students who arrive in Australia over the next eight weeks and backpackers who arrive within 12 weeks, Xinhua news agency reported. "And there are around 150,000 students who have visas who we are encouraging to come back to be there for the start of their university or college year," he told reporters in Canberra. "But we also want them to come here and be able to be filling some of these critical workforce shortages, particularly those who are working and being trained in health care, aged care, those types of sectors," he said. Australia on Wednesday reported more than 70,000 locally-acquired coronavirus infections and more than 60 deaths, according to health department figures from states and territories. The latest data make it the second deadliest day of coronavirus pandemic in Australia after more than 70 deaths were reported on Tuesday. A poll published by Nine Entertainment newspapers on Wednesday found that an overwhelming majority of Australians want the federal government to subsidize rapid antigen tests (RATs) for Covid-19. The Resolve Political Monitor found that 86 per cent of voters believe RATs should be free or subsidised in some way. Morrison said despite the increasing number of cases and staff shortfalls in critical supply chains, Australia was "doing better than almost any other country in the world" in the fight against Omicron. "When it comes to even the large number of more than 350 deaths in the course of the past week, our death rate that relates to Omicron is one of the lowest in the world," he said. /IANS