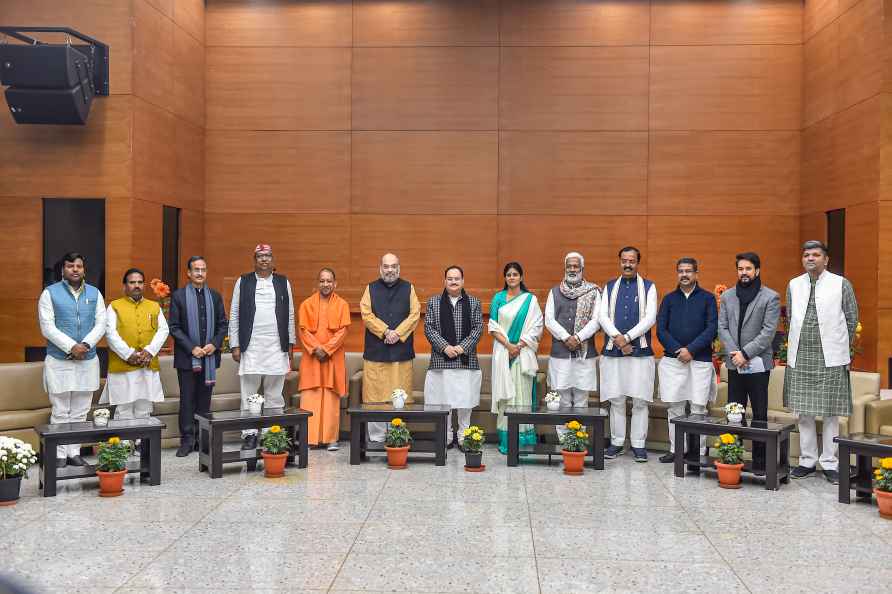 Woman lost during 1947 violence meets Sikh brothers after 75 yrs at Kartarpur
[**EDS: TO GO WITH STORY FGN48** Kartarpur: Mumtaz Bibi meets her brothers after getting separated from her family during Partition in 1947, at Kartar

Ukraine not to exchange territories for peace with Russia: Negotiator
[Kyiv: Russian army Sergeant Vadim Shishimarin, 21, is seen behind a glass during a court hearing in Kyiv, Ukraine, Wednesday, May 18, 2022. The Russi

12 dead in salt factory wall collapse in Gujarat's Morbi
[Morbi: Pile of rubble after a wall collapsed at a factory in Halvad GIDC area, in Morbi district, Wednesday, May 18, 2022. At least 12 labourers died

**EDS: HANDOUT PHOTO MADE AVAILABLE FROM MINORITY AFFAIRS MINISTRY ON WEDNESDAY, MAY 18, 2022.** Agra: Union Minister for Minority Affairs Mukhtar Abbas Naqvi during his visit to Hunar Haat in Agra. ( […]

[**EDS: TO GO WITH STORY FGN48** Kartarpur: Mumtaz Bibi meets her brothers after getting separated from her family during Partition in 1947, at Kartarpur in Pakistan's Punjab province, Wednesday, May […]

New Delhi, May 17 : The government has announced some relaxation to its recent order on restrictions of wheat exports. It has now decided that wherever wheat consignments have been handed over t […]