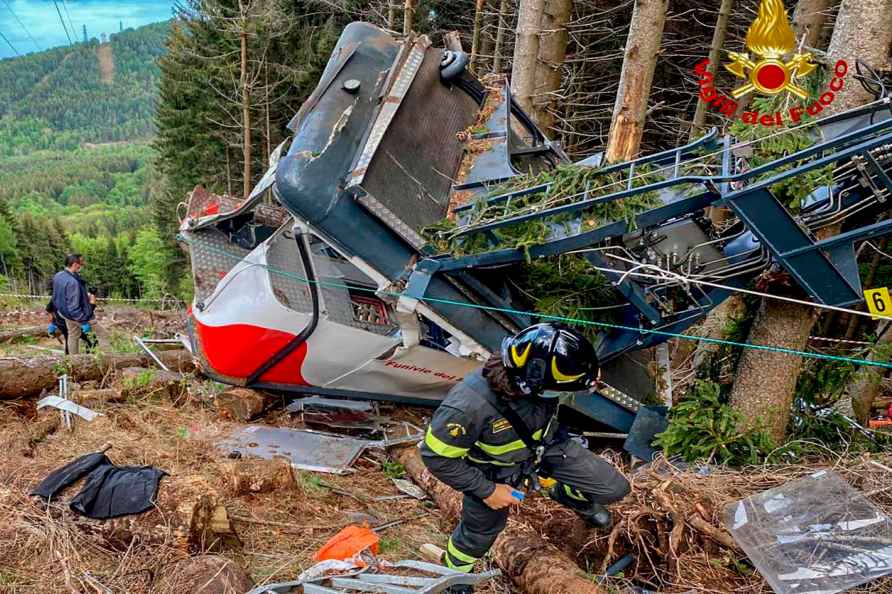 Rio de Janeiro, Jan 12 : At least 10 people were killed in the past 24 hours after heavy rains lashed the southeastern Brazilian state of Minas Gerais, and more than 13,000 people were forced to leave their homes, the regional civil defense authorities said. Among the victims, five were from the same family travelling by car in the capital Belo Horizonte metropolitan region on Tuesday. A landslide buried their car which carried a couple, their three and six-year-old children and another relative, Xinhua news agency reported. The rains intensified over the weekend, causing major flooding and landslides, along with the isolation of municipalities due to flooding. Total 145 out of 853 municipalities of the state decreed an emergency situation, while over 17,000 people have been displaced. Several rivers in the Minas Gerais state are overflowing due to the large amount of rainfall, and there is a danger that some dams may overflow. Since the beginning of the rainy season in October, at least 19 people have been killed in the state. /IANS

Rana couple's bail plea to be heard on Friday
Mumbai, April 26 : In another setback, the Mumbai City Civil and Sessions Court on Tuesday posted the hearing of independent MP Navneet Kaur-Rana and

Haveri, (Karnataka) April 26 : Hundreds of victims of a hysterectomy scandal in Karnataka on Tuesday took out a padayatra to Chief Minister Basavaraj Bommai's native town of Shiggaon in Haveri distric […]

Washington : People wear the Czech Republic flag on their face masks during a funeral service for former U.S. Secretary of State Madeleine Albright at National Cathedral, Wednesday, April 27, 2022, in […]