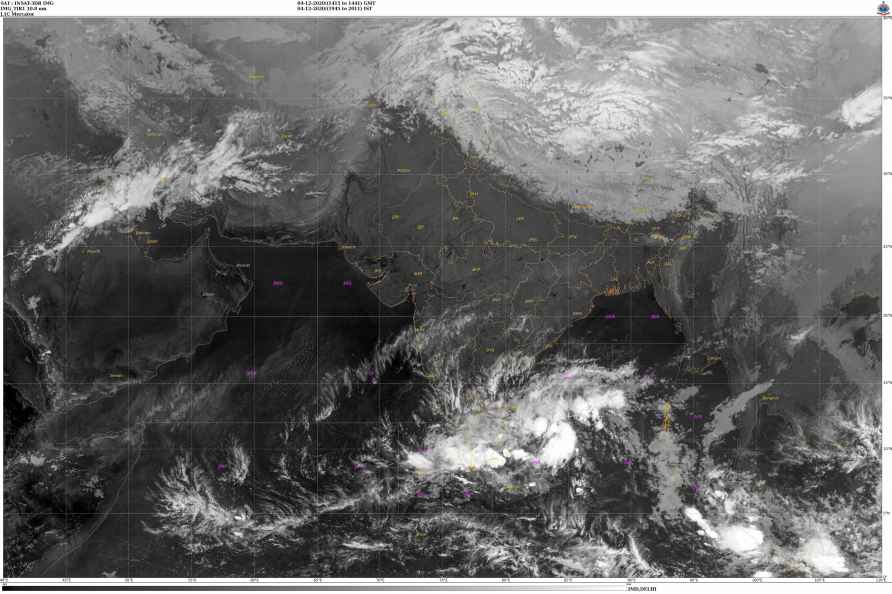 Bhopal, Jan 8 : Heavy showers with hailstorm are likely to continue in several regions, especially in western part of Madhya Pradesh on Saturday, the India Meteorological Department's (IMD) regional office here said. The unseasonal rain has been attributed to the shift of the anti cyclone towards the eastern side with the movement of the duo systems, which is known as the Western Disturbance and the Induced Cyclonic Circulation towards the east. The department has issued 'yellow' alert for districts such as Rewa, Ashok Nagar, Sheopur, Gwalior, Nivari, Tikamgarh and Sidhi. The department has also issued 'orange' alert for districts such as Morena, Datia, Bhind, Chhatarpur, Panna, Satna, while some other districts - Neemuch, Guna, Vidisha, Sagar, Damoh and Katni likely to receive light showers in the next 24 hours. As per the IMD, the highest rainfall in the last 24 hours (till 8 a.m. on Saturday) was recorded in Sagar (36.2 mm), followed by Nowgaon (31.8 mm), Raisen (27.8 mm), Ujjain (17.0 mm), Khajuraho (16.8 mm), Raisen (27.8 mm), Ujjain (17.0 mm), Khajuraho (16.8 mm), Tikamgarh (15.0 mm), Bhopal (14.0 mm), Shajapur (12.4 mm), Indore (12.0 mm), Guna (8.6 mm), Gwalior (7.8 mm), Ratlam (6.0 mm), Khargone (5.2 mm), Damoh (3.0 mm), Dhar (1.2 mm) and Satna (0.2 mm). Ved Prakash, a weather scientist in IMD-Bhopal, told IANS that change in climate and increasing number of cyclones are bringing rainfall in Madhya Pradesh. Unseasonal rain occurred during the period of November-December, but during January-February, it was not unseasonal, he said. He further added, there had been very rare instances of rain during November-December in Madhya Pradesh, but the state has been witnessing rain continue for the last three years. "Rain in Madhya Pradesh during the period of November-December was rare and it used to be witnessed once in 20-25 years, but for the last three years it has continued and it has happened due to climate change. Increasing number of cyclones every year can also be attributed to unseasonal rain in Madhya Pradesh," Prakash said. /IANS

Heavy rainfall at isolated places over A&N Islands likely on May 5: IMD
New Delhi, May 1 : The India Meteorological Department(IMD) said on Sunday that a cyclonic circulation is likely to form over South Andaman sea and ne