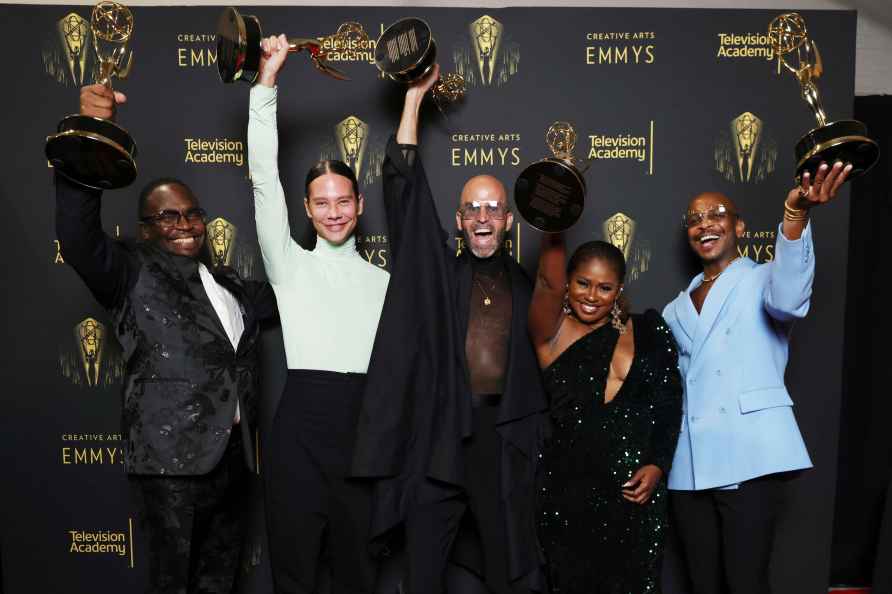 Los Angeles, Jan 8 : 'Ozark' star and Emmy winner Julia Garner has signed on to star in the upcoming thriller 'Apartment 7A' by Paramount Players, according to sources. John Krasinski and Allyson Seeger are producing via Sunday Night along with Michael Bay, Andrew Form and Brad Fuller via their Platinum Dunes, reports deadline.com. Natalie Erika James is attached to direct and co-wrote the latest script with Christian White based off a draft by Skylar James. Alexa Ginsburg is overseeing the project for Sunday Night. Alex Ginno is overseeing for Platinum Dunes. Plot details are being kept under wraps, but it is being described as a psychological thriller. Best known for her breakout role as Ruth Langmore on 'Ozark', which earned her two Emmys, Garner is following that up with the Netflix limited series 'Inventing Anna'. Garner will play infamous Anna Delvey, who conned New York socialites out of their money. The series was created by Shonda Rhimes, who also penned the pilot. The new season of 'Ozark' premieres on January 21, with 'Inventing Anna' bowing on February 11, reports deadline.com. On the film side, Garner recently garnered critical praise and an Independent Spirit Award nomination for her performance in Kitty Green's feature film 'The Assistant'. /IANS

'No Time to Die' producer Barbara Broccoli on casting next James Bond
Los Angeles, May 1 : As soon as Daniel Craig announced in 2019 that 'No Time to Die' would be his fifth and final film as international spy James Bond