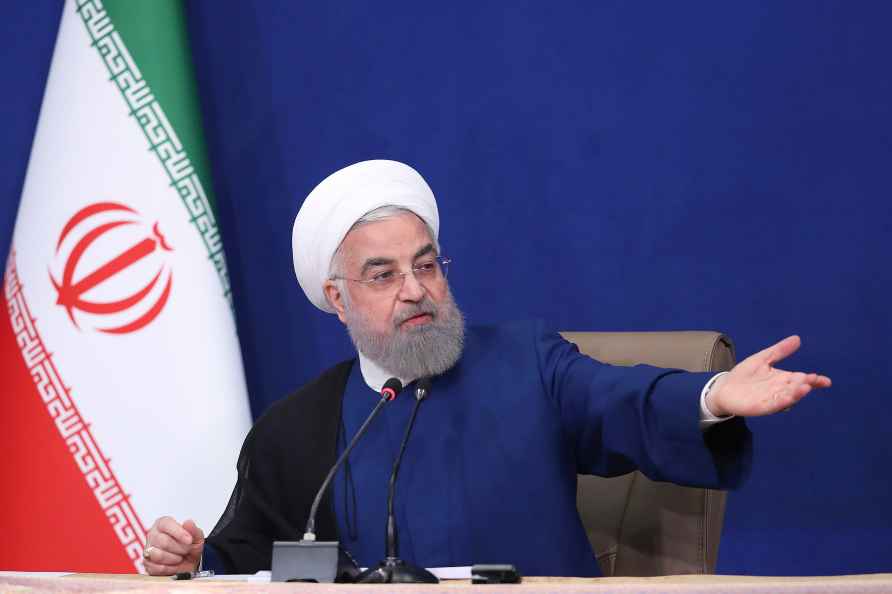 Hyderabad, Jan 6 : As Samantha released a behind-the-scenes video of her item song 'Oo Antava', what caught everyone's attention was Allu Arjun's private dance studio which has portraits of his favourite dancers. Allu Arjun has designed his studio with the portraits of Michael Jackson and Prabhu Deva, while he has fixed a stunning portrait of his uncle Chiranjeevi alongside the most popular stars. Chiranjeevi's portrait features his famous dance step 'Daayi Daayi Daamma' from the megastar's hit 'Indra', while Prabhu Deva and Michale Jackson's portraits feature their signature steps. Placing Chiranjeevi in his personal dance studio has become a topic for discussion, while his fans appreciate him on his gratitude towards his uncle. Samantha's viral BTS video of 'Oo Antava' was released earlier on Thursday. "Here's a small part of my rehearsals. Often things we practice so much for don't make it to the screens and here's a short sneak-peek into this amazing choreo that I absolutely had fun learning," Samantha wrote, as she shared the video. In the video, Samantha is seen saying, "these people are killing me", she refers to those difficult moves, which turned out to be the highlights of her item number 'Oo Antava' from 'Pushpa'. Composed by Devi Sri Prasad, the 'Oo Antava' song has been a sensational number ever since it was announced by the makers. /IANS