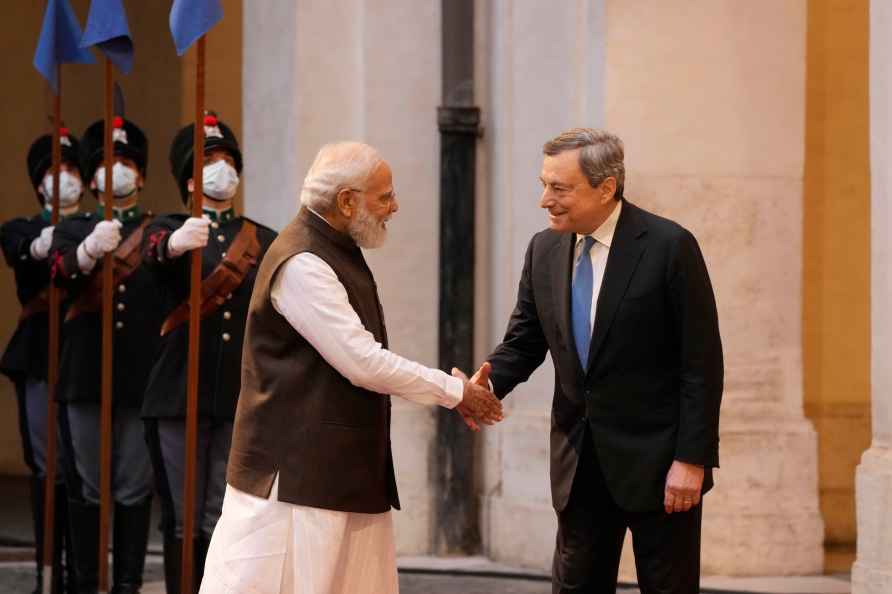 Rome, Jan 6 : Italy's Serie A cancelled four games scheduled for Thursday due to the Covid -19 pandemic. The cancellations are the first of the current season, though the 2020-2021 season was shortened due to anti-coronavirus measures. Serie A said that four games -- Atalanta vs Torino, Bologna vs Inter-Milan, Fiorentina vs Udinese, and Salernitana vs Venezia -- would not be played as scheduled on Thursday after some players and staffers involved in the game have tested positive for Covid -19. A fifth game scheduled for today, Juventus vs Napoli, will be played as scheduled, but at least three players will sit the game out because they have not taken the required health measures to be eligible. The games could be rescheduled if they will have an impact on the championship when the season is over, Xinhua reports. Earlier on Wednesday, the league issued a statement, saying all the games would go forward as scheduled despite a rising tide of Covid-19 infections. But it changed its tune later in the day and announced the cancellation of the four games. Italy's health ministry reported a new record of more than 189,000 new cases of Covid-19 on Wednesday, up from over 170,000 cases a day earlier. According to Newsweek magazine, around one in ten Serie A players are currently positive with Covid-19 infections. /IANS

Bundesliga newcomers Bochum stun Dortmund in seven-goal thriller
Berlin, May 1 : Although Borussia Dortmund came from two goals down thanks to Erling Haaland's brace, newcomers Bochum won the thriller 4-3 in Bundesl

City, Liverpool both win to maintain their head-to-head in Premier League
London, May 1 : Manchester City kept their nerve to remain top of the Premier League with a 4-0 win away to Leeds United after Liverpool's 1-0 win awa