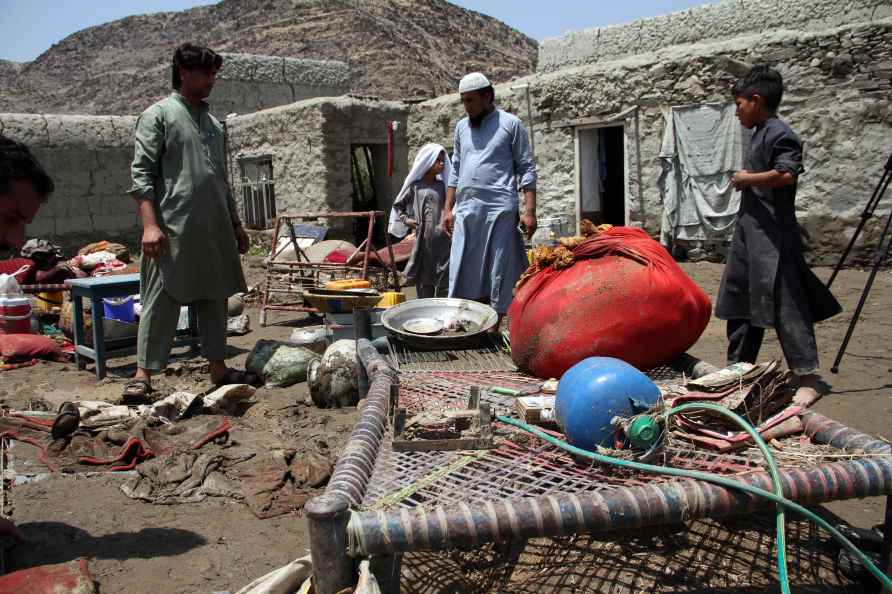 Kabul, Jan 6 : The Taliban-led government in Afghanistan has declared a state of emergency over heavy snow and rainfall lashing majority of the country and also directed provincial officials to prepare for the inclement weather. Speaking with Radio Free of Afghanistan (REF/RL) on Wednesday, an official of the Ministry for Disaster Management said that they have sent material to provinces of which the distribution is still going on, reports Khaama Press. The official added that they were in contact with the Ministry of Public Work and private firms to urgently undertake operation to clear roads if they were closed due to heavy snowfall. The Salang Highway that connects the Afghan capital with the northern provinces has been cut off due to heavy snowfall. Snow and rainfall has lashed 32 out of 34 provinces of Afghanistan, leading to clogged routes and floods. Earlier this week, officials had confirmed that seven people were killed and 26 others injured in multiple traffic accidents triggered by the heavy snow. /IANS

25 injured as bus hits metro pillar in B

At least 25 persons were injured, including four in critical condition, after a Karnataka Road Transport Corporation (KSRTC) bus hit a metro pillar in Bengaluru on Monday. According to sources, the […]

3 killed in shooting amid Philippines polls

Amid ongoing voting to elect a new President of the Philippines, three people were killed and one injured during a shooting incident near a polling centre in Maguindanao province on Monday, the milita […]