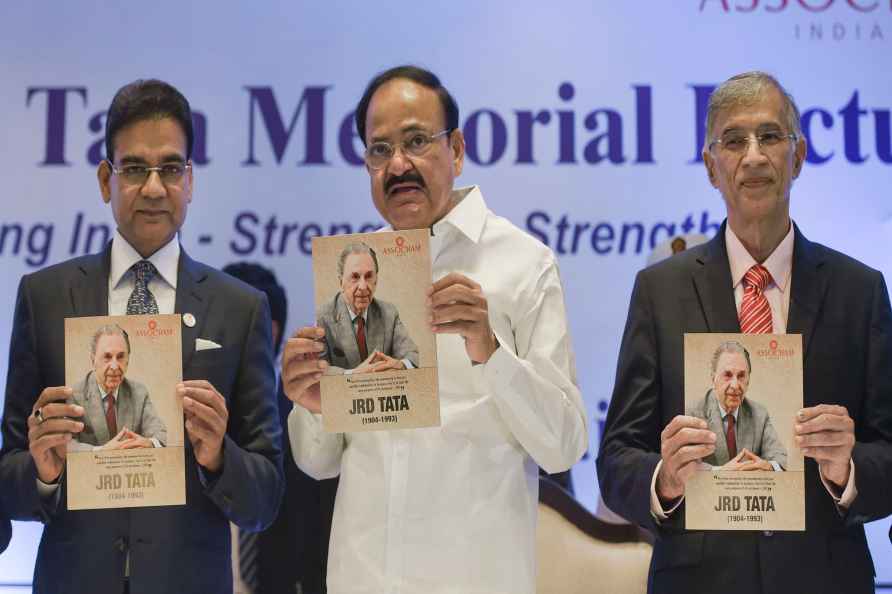 New Delhi, Jan 3 : Vice President M. Venkaiah Naidu said on Monday that there is a dire need to inculcate the spirit of service from a young age in the youth and urged schools to make community service compulsory for students once normalcy returns. Speaking at an event organised to mark the 150th anniversary of Saint Chavara at Mannanam in Kottayam, Kerala, the Vice President said that once the pandemic is behind us, government schools as well as those in the private sector must make community service compulsory for students for at least two to three weeks. "It would help them develop an attitude of sharing and caring in their interaction with others," he said. Naidu emphasised that the philosophy of share-and-care is at the core of India's age-old culture and must be widely propagated. "For us, the whole world is one family as encapsulated in our timeless ideal, 'Vasudhaiva Kutumbakam'. It is with this spirit that we should move forward together," the Vice President said. Pointing out that every person has the right to practice and preach his or her faith in the country, the Vice President said, "Practice your religion but don't abuse and indulge in hate speech and writings." He also expressed his disapproval of attempts to ridicule other religions and create dissensions in the society. Observing that hate speech and writings are against culture, heritage, traditions, constitutional rights and ethos, Naidu said that secularism is in the blood of every Indian and the country is respected world over for its culture and heritage. Urging youngsters to imbibe, protect and promote Indian cultural values, he highlighted the importance of India's philosophy of sharing and caring for others. He said that living for others will not only give a person a lot of satisfaction, but will also make the people remember that person for a long time for his or her good deeds. Paying tribute to Saint Chavara, he said "This iconic spiritual and social leader of Kerala, whom people considered as a saint during his lifetime, was a true visionary in every sense of the term." Urging all states to take a cue from Kerala in the fields of education, social justice and women's empowerment, the Vice President said that every state can be transformed into an engine of growth and progress which can be achieved through social and educational empowerment of women and youth belonging to the poorer sections of the society. /IANS

4 killed after heavy rains cause landslides and flooding in Vietnam
Hanoi, May 25 : Floods and other natural disasters triggered by heavy downpours have killed four people and left four others injured in northern and c

Dyson unveils 'secret' robot that will do your household chores

San Francisco, May 25 : Global consumer technology company Dyson on Wednesday unveiled a prototype of robots that will perform your household chores, signalling that it is moving beyond robot floor-ba […]

San Francisco, May 25 : Following the blockbuster 2021 results, Elon Musk-owned Tesla has climbed up the Fortune 500 list, with the electric vehicle maker jumping an impressive 35 spots to claim the n […]