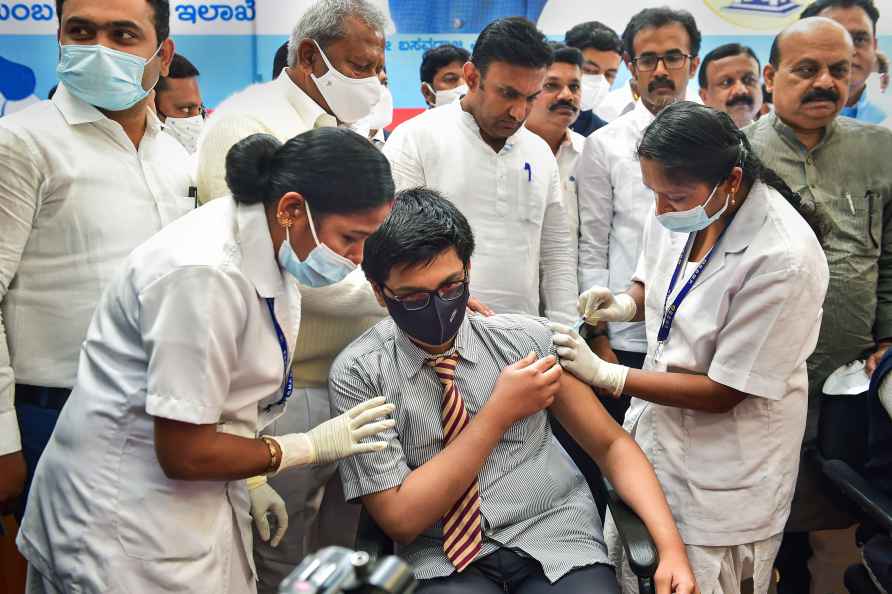 Bengaluru, Jan 3 : Chief Minister Basavaraj Bommai has instructed officials to fix potholes on 751.41 kilometer roads in the city within 15 days. He has also asked them to complete all the works under the Tender Sure project by March 31. Bommai, who chaired a meeting of people's representatives of Bengaluru and senior officials to discuss the development issues of the city on Sunday said, quality work should be ensured in storm water drains project in the city. Detailed Project Report for the project would be prepared professionally and Rs 1,500 crore would be provided for the purpose. He also gave orders to complete repair works on the High Density roads by calling short-term tenders. He also directed the completion of a maximum stretch of 950km road works in newly added 110 villages to the BBMP. A Zonal level Coordination Committee comprising officials from civic agencies like BBMP, BESCOM, BWSSB and various departments would be constituted to improve the synergy in executing civic works and a Monitoring Committee with a Coordinator at the state level would be constituted. A government order in this regard would be issued in 2-3 days, the Chief Minister said. Bommai in his address wanted improvement in street lighting system in the city and said that necessary finances would be provided. "But the work should be taken up immediately and completed without any delay. Take measures to install new bulbs," he said. About 7,000 CCTV cameras would be installed in the city under the Nirbhaya programme, he said. Greater emphasis would be given for Comprehensive development of Bengaluru. Officials have been instructed to prepare a road map for the purpose, Chief Minister Bommai further said. "We will not allow haphazard growth of Bengaluru any more. A blueprint should be prepared for the comprehensive development of the city and it would be developed accordingly," Bommai said. Bommai turned the heat on slack officials with a go slow attitude at the meeting. He warned them of stringent action for any dereliction of duty. /IANS