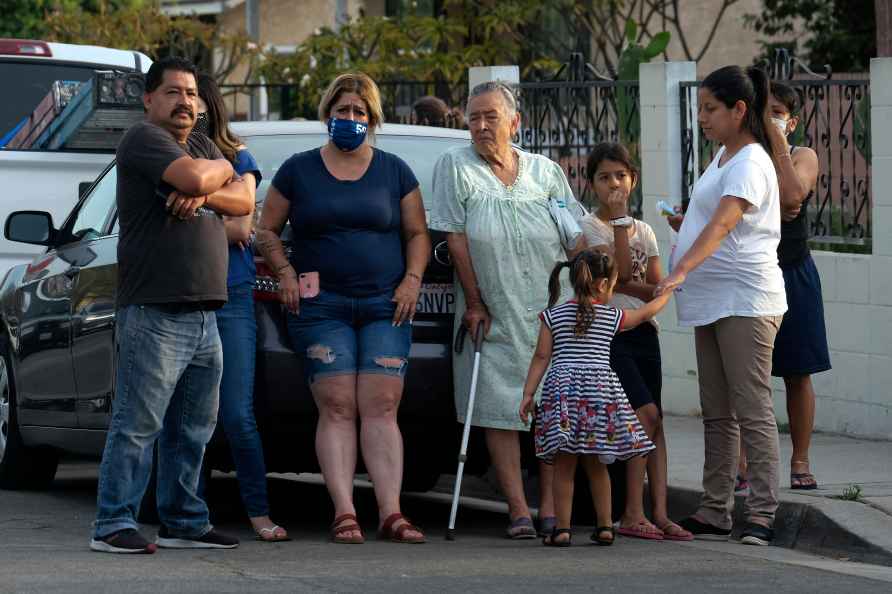 Los Angeles, Jan 2 : Oasis legend Noel Gallagher has said he has no desire to live long into old age and he hopes to be dead in 20 years. Speaking on BBC Radio 1, Gallagher said: "Do I want to live another 50 years? No. Just think how s*** the world is now. I would rather not live through it. At 75 I want to go." However, he does have some important things on his bucket list before he dies, reports femalefirst.co.uk. Gallagher said: "My plan for the next 10 years is to make three great albums. I would like to write a song with Johnny Marr and meet Bob Dylan. "I would like to write and perform with Neil Young. I would like to score the soundtrack to a Quentin Tarantino box-office smash and play a round of golf with a therapist. There is not a great deal I yearn for." Gallagher has no plans to follow in ABBA's footsteps with a hologram tour, even if touring remains difficult due to the COVID-19 pandemic. He said: "I would not consider gigs with me as a hologram. No, there would have to be an audience involved. You need a crowd in front of you. It's a human interaction, and if you don't have that it is meaningless." /IANS

Asim Riaz to girlfriend Himanshi: You're the key to my peace of mind
Mumbai, May 1 : Bigg Boss' star and model Asim Riaz has collaborated once again with his girlfriend and Punjabi sensation Himanshi Khurana, whom he ha

Judds to be inducted into Country Hall of Fame
Los Angeles, May 1 : A day after Naomi Judd's death, the previously scheduled induction of the Judds into the Country Music Hall of Fame will go ahead

Kaaranvir Bohra collaborates with Latha Rajinikanth for his next music video
Mumbai, April 30 : Actor Kaaranvir Bohra recently appeared on the reality show 'Lock Upp', is all set for his first-ever South project. Produced