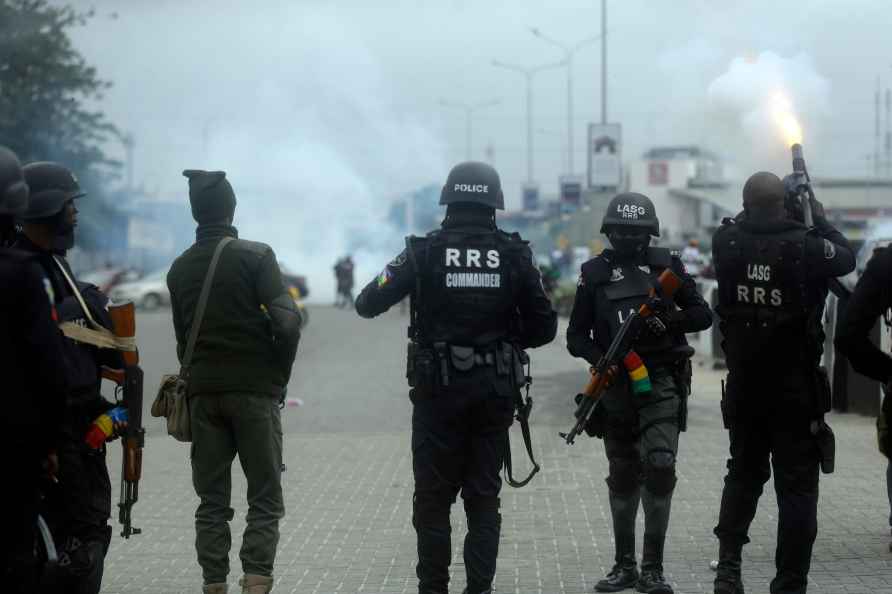 Lagos, Jan 2 : Police in Nigeria said that they have rescued 21 children kidnapped by bandits in the northwestern state of Zamfara. At a press briefing in Gusau, the state capital, Mohammed Shehu, the police spokesperson in Zamfara, said the police received a distress call on Friday night, informing that bandits blocked a highway near the Kucheri village, abducting an unspecified number of commuters from five vehicles, reports Xinhua news agency. Shehu said police operatives were immediately sent to the area and engaged the bandits in a fierce gun battle, and rescued 21 children who were heading to their school in the neighboring Katsina state when the attack happened. An unknown number of victims, including the children's teacher and the driver of the bus they used, are currently held by the bandits, the spokesperson added. He said the police have sent reinforcements to complement the efforts of the joint security operation currently working to rescue the remaining victims and apprehend the attackers. The police spokesperson called on local residents to support the police and other security agencies with credible information about the hideouts, movements and other activities of the bandits. There have been a series of gunmen attacks in northern Nigeria in recent months, leading to deaths and kidnappings. /IANS