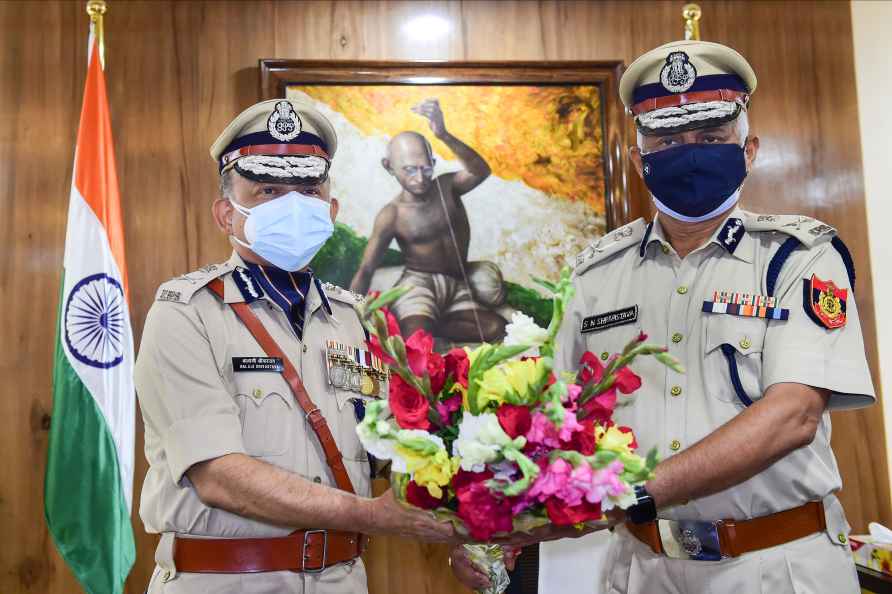 New Delhi, Dec 30 : The Enforcement Directorate (ED) has said that they have attached the immovable properties worth Rs 1.46 crore of IPS officer Priya Dubey, former Inspector General of Police (IGP) Jharkhand, and her husband Santosh Kumar Dubey, Deputy Inspector General of Police (DIG) Railway Protection Force (RPF) in connection with prevention of money laundering case. An ED official said that initially a case was lodged by the Central Bureau of Investigation (CBI) under the Prevention of Corruption Act. The ED later started a probe on the basis of the CBI's FIR. "The ED has taken this major action on the basis of the case registered by the CBI under the Prevention of Corruption Act," said an ED official. The ED official said that they lodged the Prevention of Money Laundering case against Priya Dubey and were investigating her separately. "We have attached the properties purchased in the name of Santosh Kumar Dubey and Priya Dubey and others. These properties were bought for Rs 30 lakh," said an ED official. According to information, the properties were in Ashoknagar in Ranchi, three commercial shops and a flat in Delhi's Defence Colony worth Rs 72,40,000. The couple also owned a residential flat in Green Views Height worth Rs 43.85 lakh in Ranchi. In July 2013, the CBI had registered a case against the then RPF commandant Santosh Kumar Dubey and others under the Prevention of Corruption Act. The federal probe agency gathered information about the income and other sources of earning of Priya Dubey and Santosh Kumar Dubey. Their income between 1998 and 2013 were analysed and their other sources of earnings were also probed. After thoroughly investigating the matter the federal probe agency found that the couple earned an income of Rs 1.57 crore from their known sources. Whereas, the value of the properties acquired by them comes around Rs 2.65 crore, which was much higher in comparison to their income from all the lawful sources. The CBI had found that both the office-bearers had acquired assets worth Rs 1.48 crore through illegal means. "Investigation under PMLA revealed that Santosh Kumar Dubey acquired various immovable properties to the tune of Rs 1.46 crore in his, his wife Priya Dubey and in his father's name (Shankar Dayal Dubey), mostly by taking accommodation entries to hide the earnings by way of illegal means. The couple was found in possession of disproportionate assets," said an official. Based on the CBI investigation, the ED also lodged a PMLA case and started the investigation. The couple had tried to show the illegally acquired property as their source of income. The ED said that they were further probing the matter. /IANS