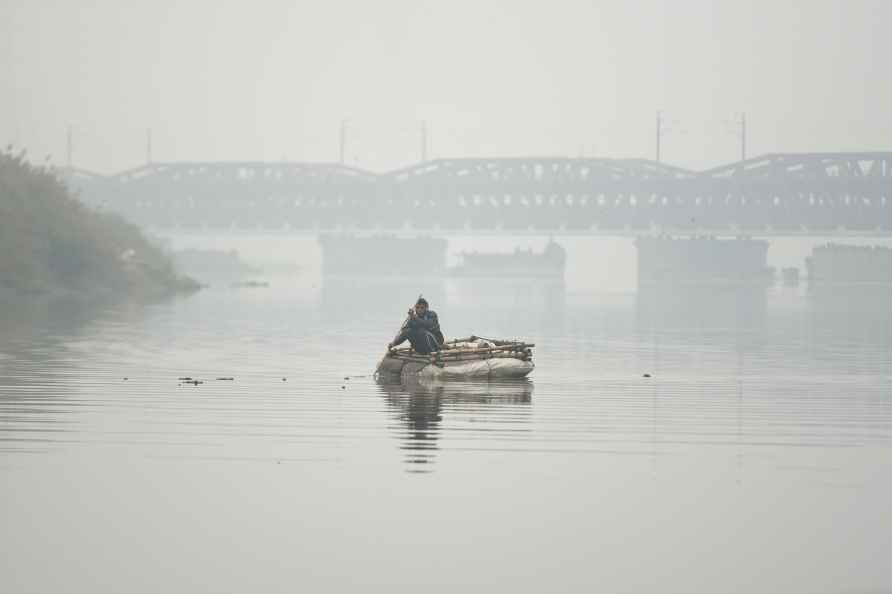 New Delhi, Dec 30 : Intensifying the winter chill, Delhi's minimum temperature on Thursday plunged to 3 degrees Celsius, according to the India Meteorological Department (IMD) which also predicted a partly cloudy sky for the national capital and its adjoining areas. On December 20, the city had recorded its lowest temperature of 3.1 degrees Celsius this winter season, bringing its minimum temperature five notches below normal as a cold wave swept across North India. The maximum temperature for the day has been pegged at 21 degrees Celsius, the IMD forecast said. The relative humidity at 8.30 a.m. was recorded at 94 per cent. On the air quality front, Delhi's AQI continued to settle in the 'moderate' category for a second consecutive day, according to the System of Air Quality and Weather Forecasting And Research's (SAFAR) estimates. The level of PM10 (226) and PM2.5 (122) pollutants in the air were recorded in the 'moderate' and 'very poor' categories, The air quality and weather bulletin said the AQI of Delhi-NCT is likely to deteriorate marginally but will remain in the lower end of the 'very poor' category on Friday and Saturday. /IANS

Heavy rainfall at isolated places over A&N Islands likely on May 5: IMD
New Delhi, May 1 : The India Meteorological Department(IMD) said on Sunday that a cyclonic circulation is likely to form over South Andaman sea and ne