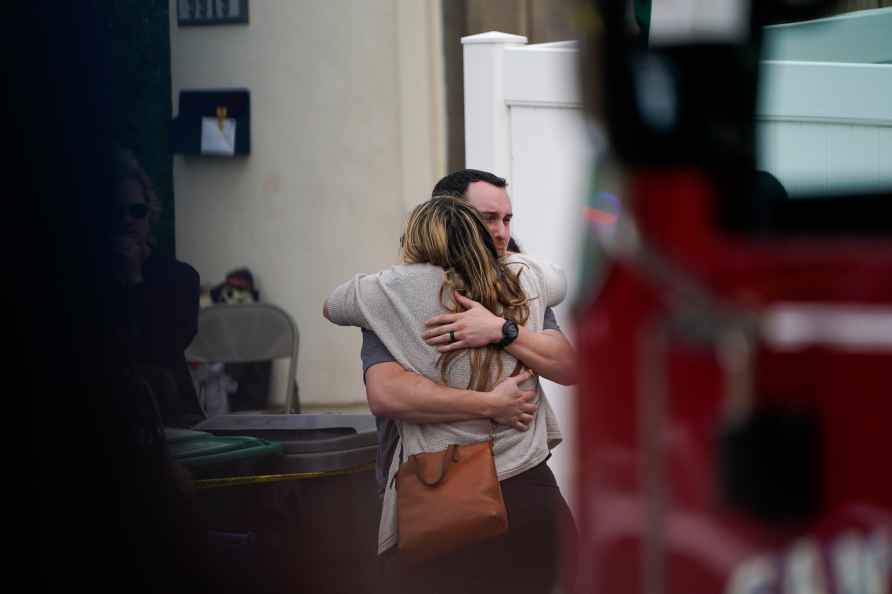 San Francisco, Dec 29 : Four people were killed after a small plane crashed in California, according to authorities. "A Learjet 35 business jet crashed in a residential San Diego neighbourhood around 7:15 p.m. local time Monday. Four people were aboard," said the Federal Aviation Administration (FAA) in a statement on Tuesday. It added that the flight departed John Wayne Airport in Orange County and was headed to Gillespie Field Airport in San Diego, reports Xinhua news agency. Police and firefighters responded to the scene after the crash. Firefighters were not able to find any survivors at the crash scene, according to the San Diego County Sheriff's Department. The Learjet 35, which could carry up to eight passengers, is a type of multi-role twin-engine business jet manufactured by Learjet. The plane was scheduled to land at Gillespie Field Airport when the accident happened. No one was hurt on the ground, but one home was damaged and power lines were knocked down in the area, said the department in a news release. The FAA and National Transportation Safety Board will investigate the cause of the accident. /IANS

Major fire at Delhi's Jhandewalan cycle market, no injuries
New Delhi, May 20 : A major fire broke out at a cycle market in Jhandewalan area in central Delhi on Friday and 27 fire tenders have been rushed to th

Tirunelveli quarry mishap: TN govt directs regular inspection at all quarries
Chennai, May 20 : In the aftermath of the stone quarry mishap in Tirunelveli district which claimed three lives, the Chief Secretary's office has dire

PAOK fans throw flares at riot police before the Greek Cup Final soccer match between Panathinaikos and PAOK at the Olympic stadium in Athens, Greece, Saturday, May 21, 2022. ( /AP-PTI […]

Thiruvananthapuram, May 20 : With Kerala coffers in bad shape and tourism being the only industry expected to bring in revenue, top Kerala Tourism officials are going forward with aggressive marketing […]

United States Military Academy graduating cadets celebrate at the end of their graduation ceremony of the U.S. Military Academy class of 2022 at Michie Stadium on Saturday, May 21, 2022, in West Point […]