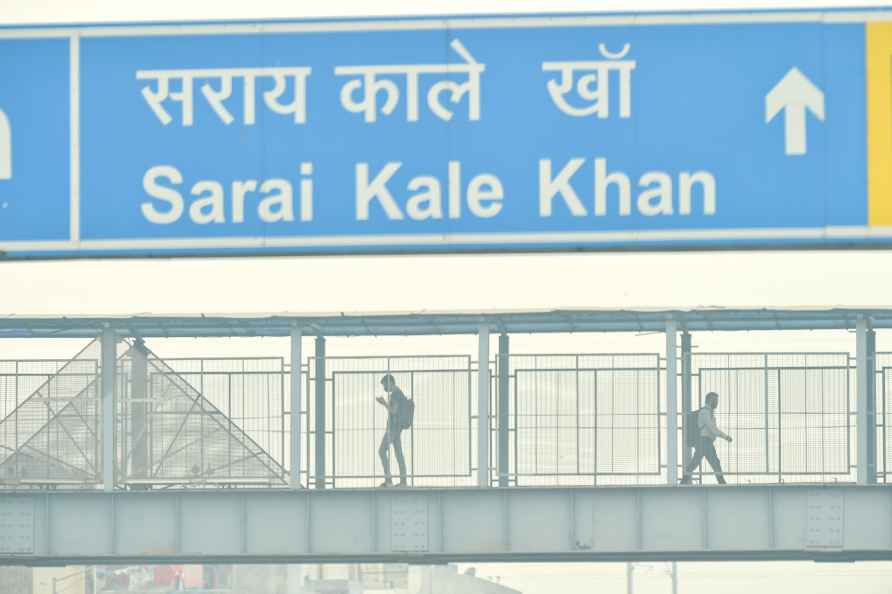 New Delhi, Dec 29 : Delhi residents on Thursday woke up to moderate fog, a day after the national capital received rainfall amid the biting winter, while the Air Quality Index (AQI) improved to the 'moderate' category at 286. The India Meteorological Department (IMD) has pegged the maximum and minimum temperatures at 20 and 8 degrees Celsius, respectively. As per the forecast, the maximum and minimum temperatures will continue to hover around 21 and 7 degrees Celsius, respectively, throughout this week. Delhi received 10.6 mm rainfall on Tuesday with the Safdarjung Observatory recording 3.6 mm of rainfall between 11.30 a.m. to 5.30 p.m. According to the IMD data, Palam recorded 1.0 mm rainfall, Lodi Road 4.4 mm, Ridge 0.6, Ayanagar 1.0. On the air quality front, the level of PM10 (221) and PM2.5 (116) pollutants in the air were recorded in the 'moderate' and 'poor 'categories, respectively, according to the System of Air Quality and Weather Forecasting And Research (SAFAR). Light rain due to the western disturbance may improve the AQI further to the upper end of 'moderate' or lower end of 'poor', it added. From Thursday to Saturday, winds are likely to be low reducing ventilation of pollutants and AQI is expected to be within the 'poor' category. From January 2 onwards, an improvement in the AQI is likely due to relatively high winds, SAFAR added. /IANS

Odisha govt suspends UG, PG classes due to heatwave
Bhubaneswar, April 26 : In view of prevailing heatwave conditions in the state, the Odisha government on Tuesday announced temporary suspension of cla

Met department warns of heat wave in Rajasthan for 4 days
Jaipur, April 26 : The Met department has warned of severe heat wave from Tuesday to Friday in Eastern and Western belts of Rajasthan. While cit

New Delhi, April 26 : Meta-owned photo-sharing platform Instagram on Tuesday announced Enhanced Tags on Reels, which is a way to make it easier for creators to receive credit for their work. The […]

5G spectrum for private players not a threat to Indian Telcos: Report

New Delhi, April 26 : The recommendation by the Telecom Regulatory Authority of India (TRAI) to assign 5G spectrum to private enterprises is not a threat to the Indian telecom operators, a new report […]