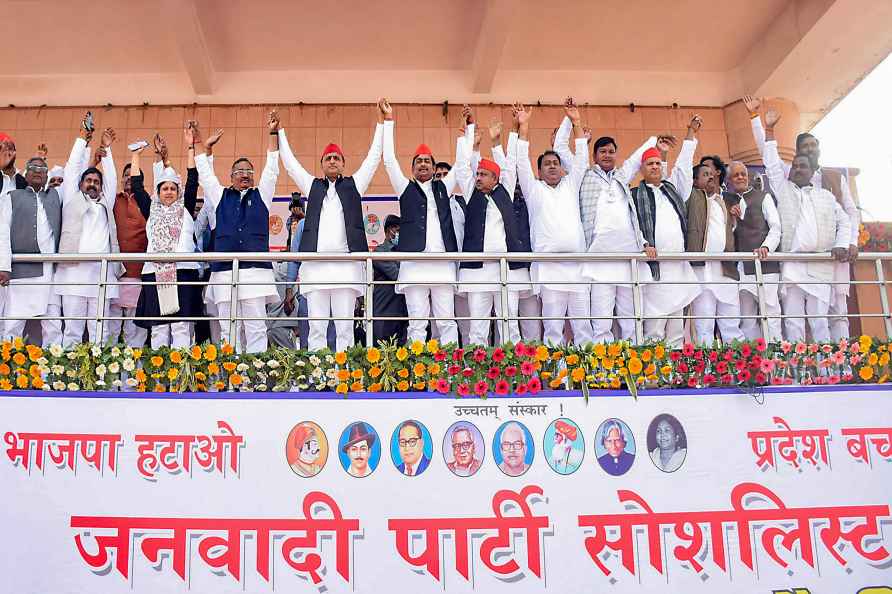 Lucknow, Dec 27 : With the Assembly elections not far away, it is raining freebies in Uttar Pradesh. Major political parties and their leaders are raining sops on voters even before their official manifestos are released. The trend began with the Aam Aadmi Party (AAP) announcing 300 units of free electricity if voted to power. The party said that all power arrears would be waived off and farmers would be given free electricity. The party also promised employment guarantee and a larger budget for education. Even as other political parties pooh-poohed the ideas saying it was unfeasible, AAP spokesman Vaibhav Maheshwari said, "We have achieved this in Delhi already and other parties are unnerved on the issue. The Delhi model of governance is our biggest strength." The Rashtriya Lok Dal, which released its manifesto in October, has promised one crore jobs to the youth with 50 per cent representation to women in police to check the increasing number of crimes against women. "We have also resolved to fill all the vacant posts in police, education and health departments within six months," the manifesto says. The RLD, if voted to power, has also promised to enhance the PM-Kisan Samman Nidhi amount from Rs 6,000 to Rs 12,000 and Rs 15,000 for small farmers. The party further promises to increase MSP for main crops and ensure MSP for farmers. The Congress, on the other hand, is focussing on women power. The party, apart from promising 40 per cent reservation for women in the Assembly tickets has even released a women manifesto that promises smartphones and electric scooty for girls, increase in pension for widows and elderly women, increase in honorarium for ASHA and anganwadi workers and free bus travel for women in the state. The Congress has also promised three free gas cylinders in a year for women. The Pragatisheel Samajwadi Party Lohia (PSPL), headed by Shivpal Singh Yadav, has promised a job for one daughter and one son in a family. He also promised Rs five lakh each for every unemployed graduate. Harish Chandra Srivastava, the BJP spokesman, meanwhile said, "The BJP makes a manifesto that is based on people's aspirations and we fulfill the promises that we make -- like we did after the 2017 manifesto. We do not make promises that cannot be fulfilled. Parties that are making fantastic promises know that they are not coming to power and do not have to fulfill their words." Samajwadi Party spokesman Sunil Singh Sajan, on the other hand, said, "People believe in us because we delivered all that we promised in our 2012 manifesto. The BJP has failed to live up to its promises -- whether it was doubling the income of farmers or giving jobs. Our manifesto, when it comes, will reinforce the people's faith in Samajwadi Party." /IANS