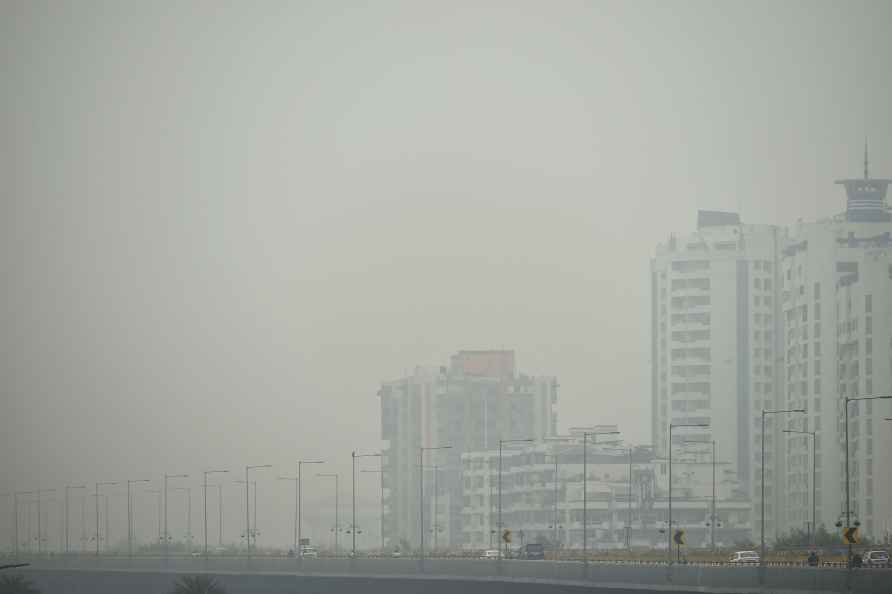 New Delhi, Dec 25 : The flight operations at the Delhi airport were normal on Saturday morning despite low visibility due to the fog. "Low visibility procedures are in progress at Delhi Airport. All flight operations are presently normal," the Delhi airport said in a passenger advisory. Low Visibility Procedures are the actions to ensure the safe operation of aircraft during periods of reduced visibility or low cloud base. The airport authorities further requested all passengers to contact the airline concerned for updated flight information. According to the India Meteorological Department, the runway visibility was low in the morning. It further forecast that visibility may reduce to 1200m in mist from 6.00 p.m. and further reduce to 800 m from midnight. Meanwhile, after crossing the 400 or 'severe' mark a day ago, Delhi's Air Quality Index (AQI) improved marginally on Saturday to 398, which is the lower end of the 'very poor' category. "The air quality is likely to improve further but remain in the 'very poor' category on December 25 and 26. The air quality is likely to improve significantly from December 27 when AQI reaches the 'poor/moderate' category," said the air quality and weather bulletin. An AQI between zero and 50 is considered 'good', 51 and 100 'satisfactory', 101 and 200 'moderate', 201 and 300 'poor', 301 and 400 'very poor', and between 401 and 500 is considered 'severe'. The level of PM10 and PM2.5 pollutants were recorded in the 'very poor' category, respectively. /IANS

Partly cloudy weather with afternoon thunderstorms in J&K in next 24 hours
Srinagar, May 22 : Weather remained partly cloudy in J&K during the last 24 hours as the Meteorological (MeT) department said on Sunday that the weath

Depression crosses over Myanmar coast, Andamans to see rain
New Delhi, May 20 : After crossing the coast, the depression over south coastal Myanmar moved north-northeastwards with a speed of 14 kmph through the

Chennai, May 22 : The Department of Revenue intelligence (DRI) was conducting raids in several places in Kerala and Tamil Nadu in search of a few people who are believed to be behind the smuggling of […]

'Without correct govt support, protests seen in SL could be repeated in other nations'

Washington, May 22 : Kristalina Georgieva, head of the International Monetary Fund (IMF), said that governments need to subsidise the cost of food and energy for the poorest members of society and wit […]

Hyderabad, May 22 : Telugu superstar Mahesh Babu is buoyed by the box office success of his new film 'Sarkaru Vaari Pata' even as the producers of his upcoming film 'SSMB28' are gearing up for a major […]

Hyderabad, May 22 : The news that director Lokesh Kanagaraj met Mahesh Babu recently during his visit to Hyderabad for the promotions of 'Vikram' starring Kamal Haasan, is causing quite a stir in Toll […]