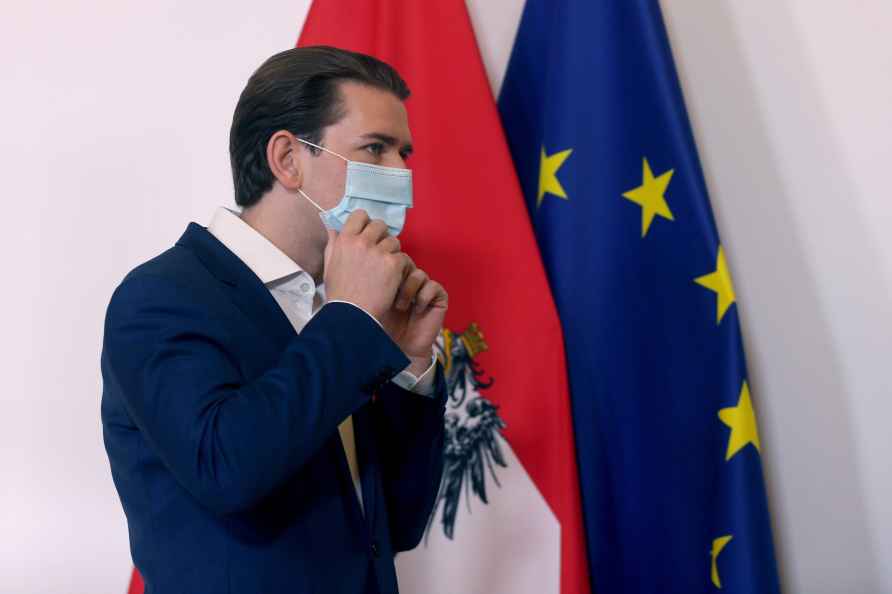 Vienna, Dec 7 : The federal government of Austria was reshuffled and Karl Nehammer has been sworn in as the country's new Chancellor. Nehammer, 49, was General Secretary of the ruling conservative People's Party (OVP) from January 2018 to January 2020, when he was appointed Interior Minister in the second cabinet led by former Chancellor Sebastian Kurz, reports Xinhua news agency. On October 9, Kurz resigned after being placed under investigation on allegations of corruption. Foreign Minister Alexander Schallenberg succeeded Kurz as the country's new Chancellor two days later. On the morning of December 2, Kurz, who was still chairman of the OVP, suddenly resigned from all his positions and announced his withdrawal from politics. Later that day, Schallenberg also resigned. The OVP unanimously elected Nehammer to succeed Kurz as its chief and nominated him as the new Chancellor. Nehammer's first move has been to reshuffle the country's coalition government made up of the OVP and the Greens. Schallenberg has returned to his former post as Foreign Minister. /IANS

'In national interest..': SC for start of counselling, reserves order on EWS quota in NEET-PG admissions
New Delhi, Jan 6 : After conducting a day-long hearing on petitions challenging the validity of EWS quota in postgraduate medical admissions and the C

Over Rs 6,000 cr allocated to Rajasthan under Jal Jeevan Mission
New Delhi, Jan 6 : Drinking water supply schemes worth Rs 6,872.28 crore have been approved for Rajasthan which is providing tap water to 22.23 lakh (

BJP leaders, CMs hold prayers across country for PM's well-being
New Delhi, Jan 6 : Senior BJP leaders, including Chief Ministers of party-ruled states, held prayers at temples across the country on Thursday for the