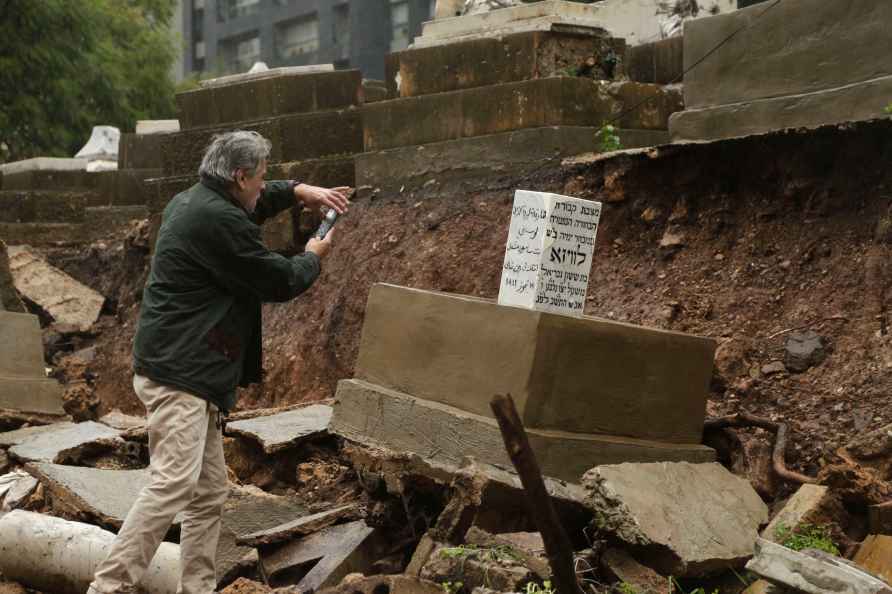 Dhaka, Dec 7 : Normal life came to a standstill after parts of Bangladesh received heavy rains under the impact of cyclonic storm Jawad. No major damage has so far been reported due to the heavy incessant downpours, reports Xinhua news agency The Bangladesh Meteorological Department (BMD) recorded 44 mm of rain in Dhaka in the past 24 hours. The Faridpur district, some 101 km away from Dhaka, recorded the heaviest rainfall, 76 mm, while Jashore, 164 southwest of Dhaka, recorded 68 mm. Under the influence of the depression over the Bay of Bengal, downpours occurred in Dhaka almost throughout Monday. The main city areas appeared less crowded as people preferred to stay indoors. Roads, lanes and bylanes in parts of the city went under ankle to knee-deep water, causing immense hardship to the commuters and its millions of dwellers. As always rickshaws emerged as a means of relief in many water-logged Dhaka areas that are usually buzzing with activity. Meteorologist Abul Kalam Mallik said the deep depression, currently in the northern and mid-western region of the Bay of Bengal, has already weakened into a well-marked low-pressure. He said it will move north-northeastwards further and weaken into a low pressure by Monday. In a special weather bulletin on Monday, the BMD forecast a decrease in rainfall in the next 72 hours in the country. It said squally weather may continue to affect the country's ports, including the premier Chattogram seaport, some 242 km southeast of Dhaka. Due to the prevalence of strong winds, the ports were advised to keep hoisted local cautionary signal No. 3. All fishing boats and trawlers over the north Bay have been asked to remain in shelter till further notice. /IANS

No more fencing allowed on Durand Line, says Taliban
Kabul, Jan 6 : The Taliban-led government in Kabul said it will not allow any more fencing on the Durand Line that forms the AfghanistanÂ?Pakistan bor

Chennai, Jan 6 : Tamil Nadu Legislative Assembly session, which commenced on Wednesday with the customary address of the state Governor, will conclude on Friday. The session has been cut short t […]

New Delhi, Jan 6 : As the world prepares for NASA's Artemis 1 mission, likely to take off as soon as in March this year to send an Orion spacecraft around the Moon, it will carry Amazon's virtual assi […]

Chennai, Jan 6 : Students and teachers across Tamil Nadu are worried after the state government announced the closure of all colleges, except medical schools, amid the surge in new Covid-19 cases trig […]

Las Vegas, Jan 6 : Inspired by Apple, Google has announced to launch at least 13 new software features this year, ranging from AirPods-like fast switching to unlocking your Chromebook via smartwatch. […]