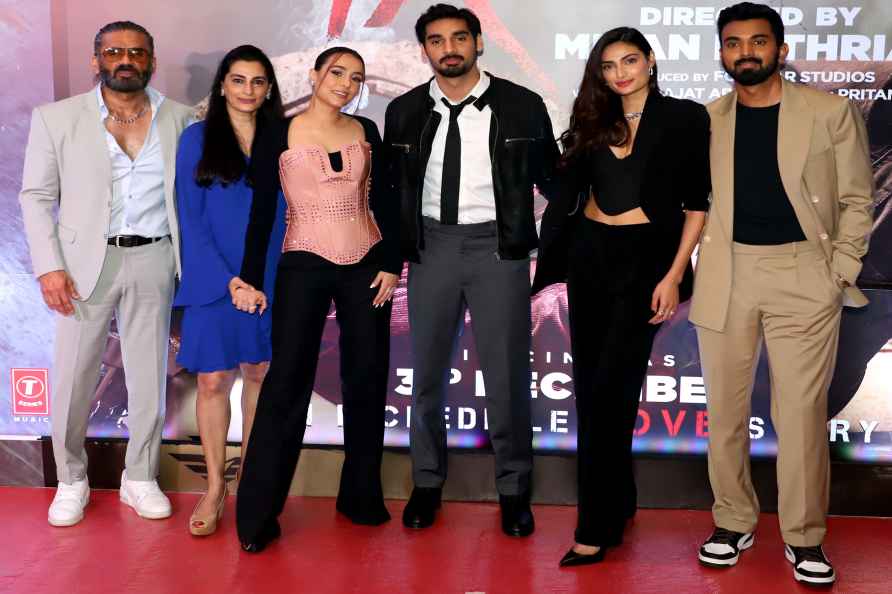 Mumbai, Dec 4 : Actress Shanthipriya, who entered Bollywood and made her debut opposite Akshay Kumar in 'Saugandh' back in 1991, will now be seen in web series 'Dharavi Bank' which will feature her opposite Suniel Shetty. Talking about the OTT show, Shanthipriya says: "Right now I can't reveal much details about my role, but it's definitely one of most interesting and different avatars my fans will get to witness. I wanted to do something different, a creatively satisfying role and this is one of those." 'Dharavi Bank', the upcoming web series will stream on MXPlayer, and is produced by Zee Studios. The series is directed by Samit Kakkad and it stars Suniel Shetty, Shanthipriya, Sonali Kulkarni, Vivek Oberoi, Freddy Daruwala, and Santosh Juvekar. /IANS

Varun Jain: 'India's farms are kingdoms of knowledge'
Mumbai, Jan 6 : Actor Varun Jain, who is currently seen as one of the leads playing the role of Chirag in 'Tera Mera Saath Rahe' is delighted after sp

Los Angeles, Jan 6 : After testing positive for Covid-19, John Mayer will not be performing as a frontman for Dead and Company at the Playing in the Sand festival, reports 'Variety'. The event i […]

Louisville: President Joe Biden and first lady Jill Biden talk with people as they tour a neighborhood in Louisville, Colo., Friday, Jan. 7, 2022, that was impacted by the recent wildfire. ( /AP-PTI […]