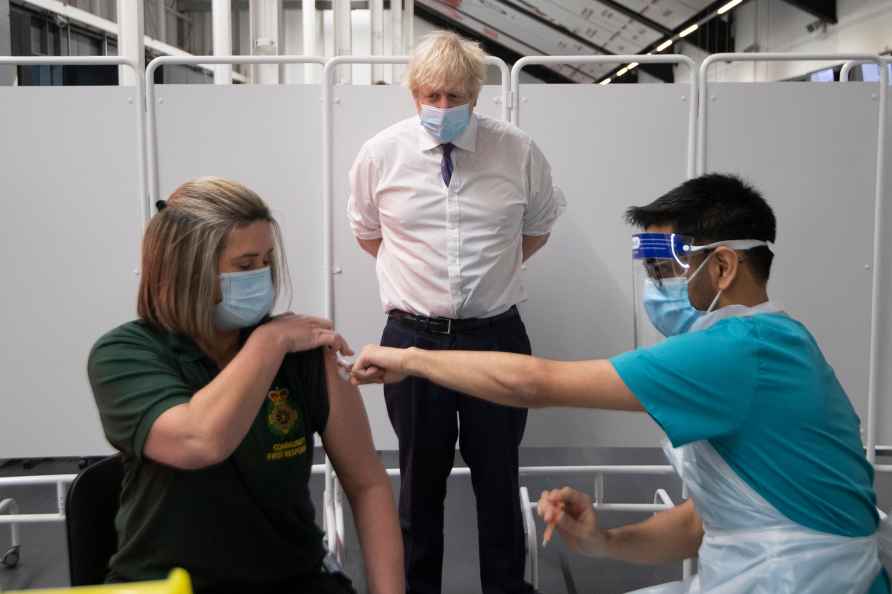 Budapest, Dec 4 : The Hungarian government will roll out a vaccination campaign across the country in the next six weeks, Prime Minister Viktor Orban has said. "In the next month and a half, we will have vaccination action days in all localities of the country," Orban said in his weekly interview given to public radio MR1. "I expect the number of those taking the booster shot to skyrocket," he added. The six-week vaccination drive comes on the heels of a special vaccination week held between November 22 and November 28 but extended to December 5, Xinhua news agency reported. In the last two weeks, until Thursday night, one million shots had been given in the country, of which, 800,000 were booster shots and 115,000, the first jabs, according to Orban. "We are galloping with the booster shots. We are doing really well -- 2.6 million people have taken the booster, which is 27 per cent of the population," Orban noted. As the effectiveness of the first and second shots declines after six months, the government plans to contact everyone in person -- by email, text message or letter -- before their protection period expires and ask them to take the booster shot, Orban explained. Shortly after Orban's radio interview, Hungary's Constitutional Court said in a ruling that it was not unconstitutional to oblige healthcare workers to get vaccinated. The government has made vaccination mandatory for healthcare workers in several decrees earlier this year. The employment of those who refuse to get vaccinated should be terminated and they would not be entitled to dismissal time or severance pay. On Friday, Hungary reported 10,143 Covid-19 cases in a 24-hour span, raising the national total to 1,134,869. In the past 24 hours, 191 people have died from the disease, taking the death toll to 35,122. Currently, 7,463 patients are being treated in hospitals, including 566 on ventilators, figures from the government's coronavirus information website showed. As of Friday, 6,145,984 people have received at least one vaccine dose and 5,858,119 had two. /IANS

Allahabad HC to work in virtual mode as Covid returns
Prayagraj, Jan 3 : As Covid cases record an alarming rise in Uttar Pradesh, the Allahabad High Court has decided to function in virtual mode, both at

IIT-K Prof says third wave will end in April
Kanpur, Jan 3 : Professor Manindra Agarwal of IIT Kanpur has said that the third wave of the pandemic will end by April. The scientist, however,

Kabul, Jan 3 : The Afghan National Statistics and Information Authority said that it has distributed about 340,000 computerized national identity cards from September to December 2021. "The nati […]

Los Angeles, Jan 3 : The producers of 'Mrs. Doubtfire' will pause performances of the musical until March 14 as the show struggles to find a way to survive during the Covid-19 resurgency that has impe […]

No ambition to lead England; Root shouldn't be forced to quit captaincy: Stokes

Sydney, Jan 3 : England all-rounder Ben Stokes has categorically said that he never "had an ambition to be a captain", adding that Joe Root "should not be forced into" relinquishing his captaincy in t […]

Allahabad HC to work in virtual mode as Covid returns

Prayagraj, Jan 3 : As Covid cases record an alarming rise in Uttar Pradesh, the Allahabad High Court has decided to function in virtual mode, both at Prayagraj and Lucknow, from Monday. A meetin […]