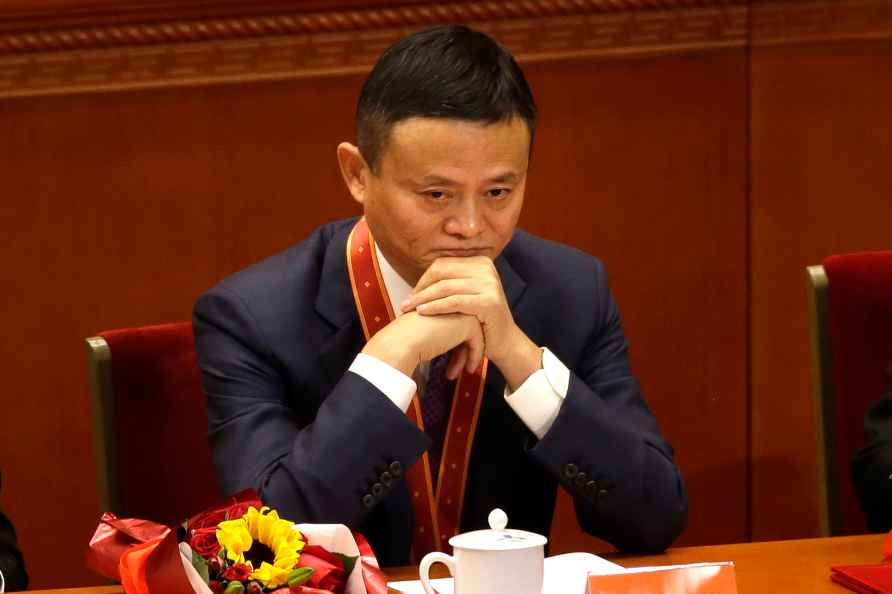 New York, Dec 3 : The Association of Tennis Professionals (ATP) has thrown its weight behind the Women's Tennis Association (WTA), expressing concern over the well-being of Chinese tennis star Peng Shuai, who disappeared from public view for three weeks after accusing a top Chinese government official of sexual assault. WTA chief Steve Simon recently said that he has "serious doubts" that Peng was "free, safe and not subject to intimidation". He also announced suspension of all WTA tournaments in China, including Hong Kong, with immediate effect till the country investigates in a full, fair and transparent manner the allegation of sexual assault made against a former senior politician by the 35-year-old doubles player. Late on Thursday, the ATP, the body which governs men's international tennis, said, "the situation involving Peng Shuai continues to raise serious". ATP chairman, Andrea Gaudenzi, issued a statement, saying, "The situation involving Peng Shuai continues to raise serious concerns within and beyond our sport. The response to those concerns has so far fallen short. We again urge for a line of open direct communication between the player and the WTA in order to establish a clearer picture of her situation. "We know that sport can have a positive influence on society and generally believe that having a global presence gives us the best chance of creating opportunity and making an impact," said Gaudenzi. "We will continue to consult with our members and monitor any developments as this issue evolves." WTA administration and players have been in total support of Peng Shuai ever since screenshots of her social media post were shared on Twitter and the WTA has regularly demanded verifiable proof from Chinese government that Peng Shuai is "free, safe and not subject to censorship, coercion, and intimidation". Chinese authorities have released videos of her at a restaurant and also arranged for a video call with senior officials of the International Olympic Committee (IOC), but WTA is not convinced, thus resulting in the suspension of all its tournaments in China. /IANS

Djokovic saga has been damaging on all fronts, says ATP
[Melbourne: Defending champion Serbia's Novak Djokovic takes a drink during a practice session at the Rod Laver Arena ahead of the Australian Open at

Bengaluru, Jan 10 : The Cyber Crime Police in Karnataka have arrested a person for allegedly cheating as many as 26 women on the pretext of marriage. The accused used matrimonial sites to find h […]

[Kanakapura: Former Chief Minister Siddaramaiah and KPCC President D K Shivakumar addresses a press conference before the start of the 3rd day of the 10-day padayatra from Mekedatu to Bengaluru to dem […]

Mumbai, Jan 10 : Actor Vishal Jethwa, who made his debut with 'Mardaani 2' and is now awaiting the release of his upcoming series 'Human', had a gala time working with Vipul Amrutlal Shah and Mozez Si […]

Djokovic saga has been damaging on all fronts, says ATP

[Melbourne: Defending champion Serbia's Novak Djokovic takes a drink during a practice session at the Rod Laver Arena ahead of the Australian Open at Melbourne Park in Melbourne, Australia, Tuesday, J […]