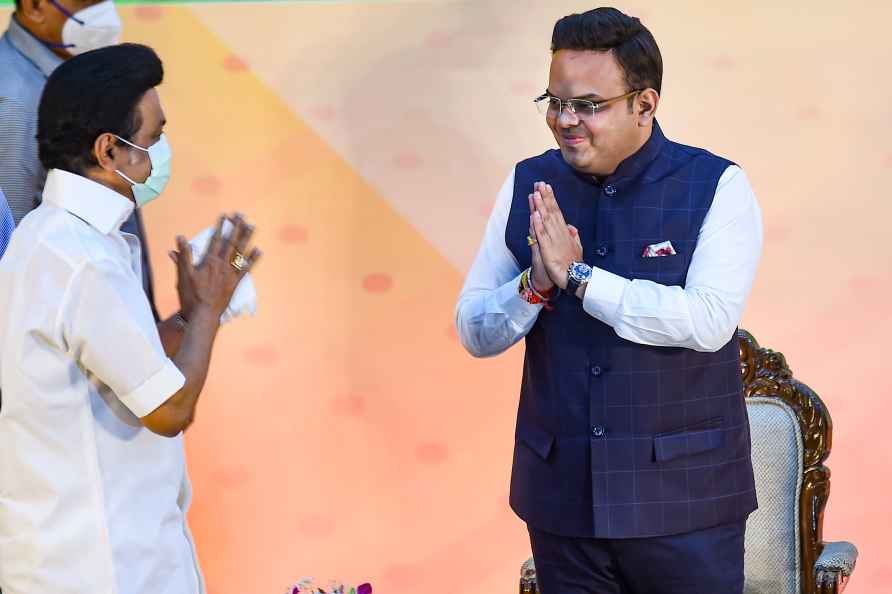 Chennai, Dec 3 : Former Tamil Nadu Pollution Control Board (TNPCB) chairman A. V Venkatachalam and facing corruption charges has died by suicide, police said on Friday. Police said that he has not left any suicide note and it was his wife who found his body in his bedroom at their residence at the New Secretariat Colony street, Velachery. The former IFS officer was facing a corruption charge during his tenure as TNPCB chairman, and the Directorate of Vigilance and Anti Corruption (DVAC) had conducted surprise raids at his house on September 24. The sleuths of the DVAC found 13.5 lakh unaccounted money, 8 kg of gold worth 2.5 crore rupees and some documents related to property transactions from his residence during the raid. Ten Kg of sandalwood was also found at the residence during the raids. Venkatachalam retired from the IFS in 2018 and was appointed Chairman of TNPCB in 2019 by the then AIADMK government. DVAC registered cases against him while was serving as member secretary, Tamil Nadu Pollution Control Board during his tenure from October 14, 2013, to July 29, 2014. His tenure as Member secretary, Tamil Nadu Environment impact assessment authority, and as Chairman, TNPCB from September 27, 2019, for two years was also included in the corruption charges against him. The Velachery police have registered a case of unnatural death under Section 174 of CrPc. His body was handed over to the relatives on Friday after post-mortem at Government Royapettah Hospital. /IANS

K'taka minister blackmailed for Rs 1cr over son's video; 1 held
Bengaluru, Jan 10 : Karnataka police on Sunday arrested the son of an astrologer in connection with the case of blackmailing a state cabinet minister

FIR lodged over fake video claiming removal of Sikhs from Army
New Delhi, Jan 8 : Delhi Police has registered an FIR against a fake video that claimed the Cabinet Committee meeting on Security had given a call for

Karnataka to roll out booster vaccine doses from Monday

Bengaluru, Jan 10 : The Karnataka government will on Monday roll out "Booster Dose" or "Precaution Dose" vaccination for health care workers, frontline workers, and persons aged above 60 with co-morbi […]

Defence Ministry surveys its land, takes measures for its protection

New Delhi, Jan 10 : The Defence Ministry, which has conducted the first-ever digital survey and documentation of its lakhs of acres of its land holdings across the country, has now begun specialised […]

[New Delhi: Delhi police personnel after taking part in the rehearsals for the upcoming Republic Day parade at Rajpath, in New Delhi, Monday, Jan 10, 2022. Amid a surge in coronavirus infections in t […]

Montreal:People cross country ski next to the St. Lawerence River...