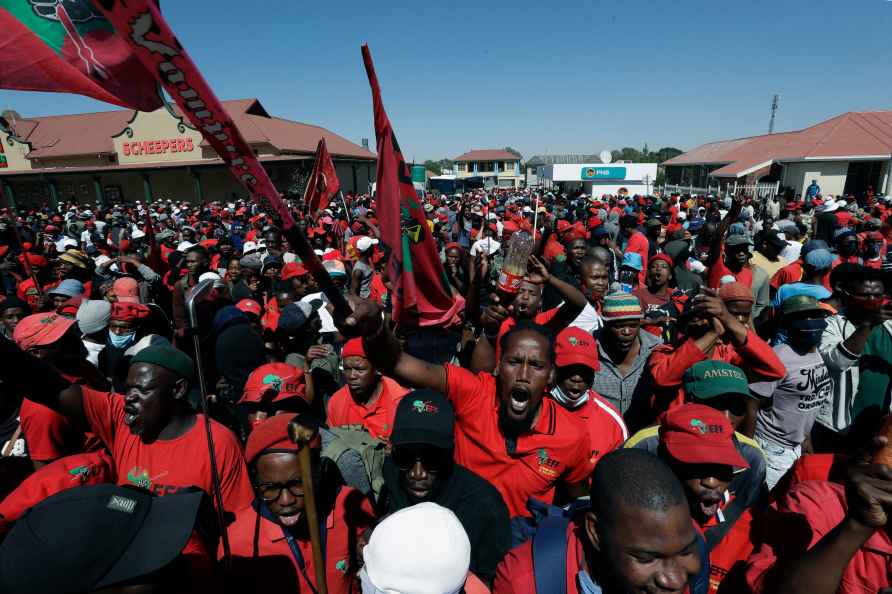 New Delhi, Dec 3 : Congress MP Manickam Tagore on Friday gave an adjournment notice in the Lok Sabha to discuss the killing of farmers in Lakhimpur Kheri and has sought dismissal of Minister of State for Home Ajay Misra Teni In the October 3 incident, four farmers and a journalist were allegedly mowed down by the convoy of Union Minister of state for home Ajay Misra Teni's son Ashish. Three BJP workers were lynched after the angry farmers retaliated. After direction from the apex court a new Special Investigation Team (SIT) was set up to probe the Lakhimpur Kheri which has started working now. IPS officers S.B. Shiradkar, Preetinder Singh and Padmaja Chauhan, along with retired judge of Punjab and Haryana High Court Rakesh Kumar Jain, who was recently appointed by the Supreme Court to monitor the Lakhimpur Kheri violence probe, visited the crime scene in the Tikunia village. /IANS

BJP, Congress continue political slugfest over OBC quota in MP
Bhopal, Jan 1 : Though local body elections in Madhya Pradesh have been cancelled, both the Congress and the BJP continue to attack each other over th

Protest against ragging of Dalit students

Ahmedabad: Congress leader Jignesh Mevani and his supporters shout slogans during a protest against ragging of Dalit community students, outside a police station in Ahmedabad, Sunday, Jan 2, 2022. ( / […]

'I would like a film or web series made on my life': Bhajji blames Dhoni, BCCI for Team India ouster

New Delhi, Jan 1 : Days after retiring from all forms of cricket, former India spinner Harbhajan Singh has dropped a bombshell by claiming that some Board of Control for Cricket in India (BCCI) offici […]