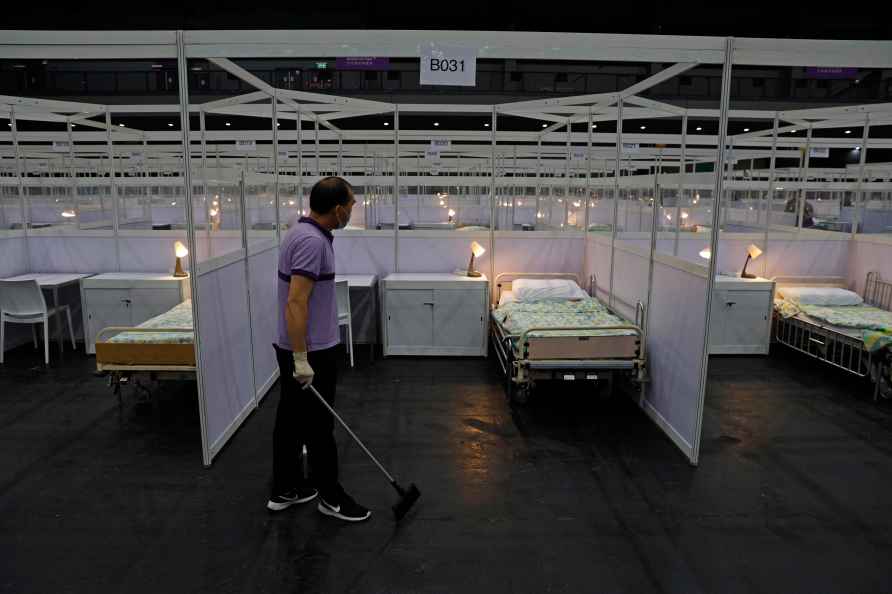 By Sukant Deepak New Delhi, Dec 3 : He describes himself as a 'Shiv bhakt' and a 'Muslim Jogi'. In his world, stories are not mere tales that entertain, but a tool to reinforce contemporary realities among listeners. Rich in metaphors, vivid with minute details, Jumme Khan likes to transport his audiences not to a world far away but the universe that surrounds them. Part of a Jogi family from Pinan village in Alwar, Rajasthan and accompanied by his band of musicians, he uses a combination of harmonium, chimta, dholak, and the single-stringed bhapang - his instrument of choice - to retell stories that resound across generations. "The key here is connection. Unless people can relate, they will not enjoy it. To touch them, we have to decipher the common truth, find that elusive thread that binds us all. That is when the audience becomes one with the storyteller," he tells IANS. Khan, who enthralled the audience with the oral tradition of the improvisatory, communicative story-telling style of the Jogis at the recently concluded 'Mahindra Kabira Festival' in Varanasi, started singing when he was 13-years-old, and there has been no looking back ever since. "But it never gets repetitive. Every day on the stage is a new one. One is forever in search of something new that will resound with the audience," says Khan, who has also penned a song on the ongoing Corona pandemic. For him, the magic of folk is unparalleled. He insists that nothing can replace the enigma of folk music in any culture. "Of course, this does not mean that steps are not taken to preserve it. We have seen a decline in the number of folk artists in the past few decades. But the immense power of folk seldom fails to move the audiences, including those who have always had access to modern entertainment," says Khan. But he does feel that culture has taken a back seat in modern education. Remembering the time when schools would regularly organise cultural activities for students, he says, "It seems nowadays everything is about academics. How can we forget the fact that music and the arts play an indispensable role in all-around development? Culture opens an altogether new horizon, imparts a vision and understanding about the self. At least, give the children access and introduce them to different art forms including music. Let them decide if they want to pursue or not." Swearing by the power of live and the energy he derives from the audiences, Khan says that he is just not cut out for digital concerts. "They may have become a rage during the lockdowns, but I was clear that I would not be a part of them. In my art form, the live audience is an indispensable part of the whole act, without them, things will fall flat." Stressing that while there were many platforms (festivals etc) including those provided by the government, it was important that honest and qualified people be made part of the decision-making committees. "You just cannot expect artists to make rounds of programme officials trying to impress them. When as a country, we take so much pride in our culture, is it not important that this sector be streamlined and right people be recruited in the decision making bodies?" /IANS

Showcasing the courage and strength of ordinary people
New Delhi, Jan 5 : How free are women to make their own choices in the circumstances in which they find themselves? How do ordinary citizens become ca