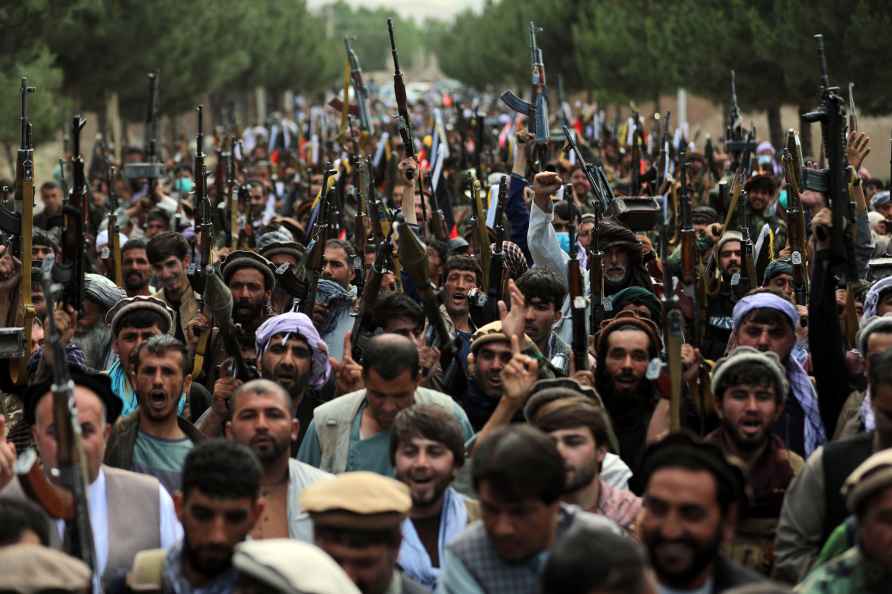 Kabul, Dec 2 : Afghanistan's acting air force commander Mawlawi Amanudin Mansoor has called on the pilots who served under the previous government to return to work and join the current air force. The commander made the call in a recent military exercise conducted in the northern city of Mazar-i-Sharif, Xinhua news agency reported. Mansoor was quoted by local media Tolo News as saying the pilots who were trained and served under the previous government and the pilots who had fled the country should return and they would be recruited back into the air force. "We request that those who have fled the country return and serve their people," the commander said. "In the near future, we will collect information from all the airports to see how many active and damaged choppers we have, and also how many pilots we have who are willing to work and how many are not," Mansoor said. Hundreds of Afghan air force personnel, including pilots, co-pilots and technicians, left Afghanistan following the takeover of the country by the Taliban and the US forces' withdrawal from the country in August. /IANS

Mayawati opts for a subdued birthday this year
Lucknow, Jan 10 : Bahujan Samaj Party (BSP) chief Mayawati's 66th birthday on January 15 this year, will not be a grand affair. The BSP presiden

Gaza population increases amid high poverty, unemployment
Gaza, Jan 10 : The coastal enclave of Gaza has witnessed a huge hike in population, which might be a bane rather than a boon for the overcrowded and b

Thiruvananthapuram, Jan 10 : For the second straight year, veteran singer K.J.Yesudas, who turned 82 on Monday, will be unable to offers prayers at the famed Kollur Mookambika temple in Karnataka. […]

San Francisco, Jan 10 : Tesla has brought new driver assistance features in its Full Self-Driving (FSD) beta, where the electric car will "not exit passing lanes" and "may perform rolling stops" at tr […]

New Delhi, Jan 10 : A developer has corrupted a pair of popular open-source libraries on Microsoft-owned platform GitHub, leaving thousands of users stunned. The developer has since been suspended fro […]