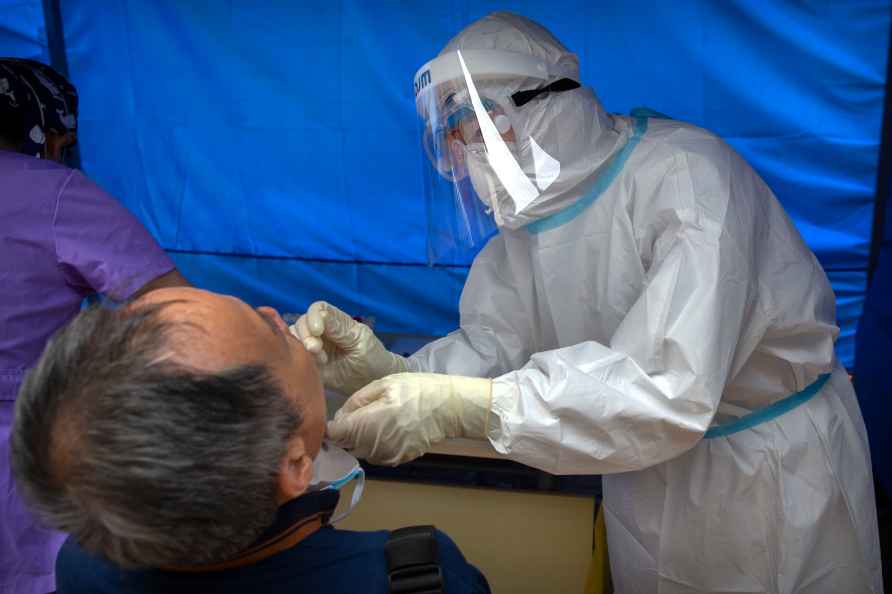 Bengaluru, Nov 30 : Rising dengue cases in Karnataka, especially Bengaluru, since the last two months has left the health department worried and hunting for ways to curb the spike. As dengue mosquitoes breed in freshwater, the water puddles formed after heavy downpour are serving as breeding grounds. As many as 544 dengue cases have been detected in the state in the last 15 days, according to the health department. With the fear of Covid third wave looming large, people are being advised to watch out for symptoms as it affects the immunity and makes the body vulnerable to infections. According to health department sources, a total of 5,729 persons have shown up with dengue fever symptoms. The number of dengue cases in 14 districts of the state has crossed three digits. Till now, five persons have succumbed to it. Between November 1 and 17, as many as 441 dengue cases were reported in the state. In a span of a few days, another 103 cases were reported. According to the Health department, about one lakh people who have got dengue symptoms have been tested. Among the tested, 40 per cent belong to Bengaluru. The capital city has seen 1,190 cases. Shivamogga-- 441, Kalaburagi-- 386, Udupi-- 312, Koppal-- 285, Vijayapura-- 266, Davanagere-- 255, Haveri-- 209, Gadag-- 199, Mandya-- 197, Chitradurga-- 179, Tumakuru and Yadgir-- 146, Bidar-- 134, Dharwad-- 116, Kolar district has recorded 113 dengue cases this year. Last year, 3,823 dengue cases were detected in the state and five people had succumbed died. This year, the number has seen a spike according to the health department. It is important to see to it that water does not get collected in flower, plant pots, and fridges and around the house, it added. /IANS

Global Covid caseload tops 289.2
Washington, Jan 2 : The global coronavirus caseload has topped 289.2 million, while the deaths have surged to more than 5.44 million and vaccinations

Yogi orders mock drill amid Covid surge in UP

Lucknow, Jan 2 : Amid an alarming increase of new Covid-19 cases in Uttar Pradesh, Chief Minister Yogi Adityanath has ordered a state-wide mock drill on Monday and Tuesday to review preparedness to ta […]

Chennai: Greater Chennai Corporation officials ask people not to sit on the Marina beach as authorities have allowed visitors to the beach for walking purposes only, following the sharp increase in Co […]