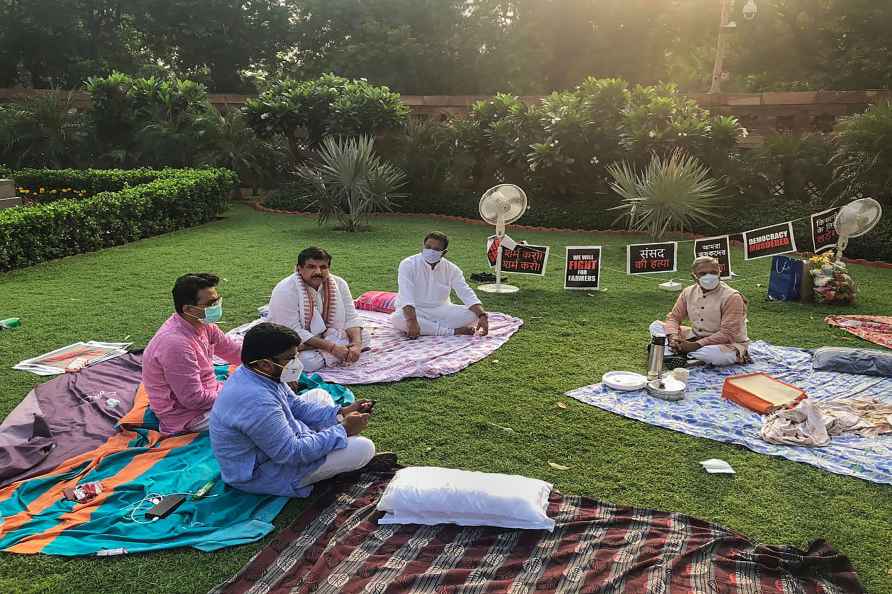 New Delhi, Nov 30 : Parliamentary Affairs Minister Pralhad Joshi on Tuesday trained guns on Congress interim President Sonia Gandhi and asked whether the conduct of the opposition MPs who were suspended for protests during monsoon session was okay. Twelve Rajya Sabha members were suspended for the entire winter session on Monday for unruly conduct on August 11, last day of the Monsoon session when marshals were called after they stormed into the Well of the House. Joshi said Leader of the Opposition in Rajya Sabha Mallikarjun Kharge has a long parliamentary experience. What is Kharge's view on the ruckus created by the said MPs, the Minister asked. Launching a scathing attack at Congress leader Rahul Gandhi, Joshi said: "There is no point of asking Rahul as he does not understand anything." Responding to the Opposition's attack on farmers' issues, Joshi said: "During Digvijaya Singh's tenure in Madhya Pradesh, farmers were fired upon, in BSP rule, farmers were fired upon in Uttar Pradesh. The whole country had seen how the Left party government had treated the farmers in Nandigram." Raising question over the Opposition's behaviour, the Union Minister on Monday told IANS: "During Monsoon session, on August 11, these MPs tried to schuffle with marshals, tried to break the security cordon, started throwing books and dancing atop the tables. Despite such reprehensible acts, they are not ready to apologise. Meanwhile, the opposition termed the suspension of MPs as unparliamentary and undemocratic and will be holding a joint meeting later in the day to discuss the matter. /IANS

He's quite reserved, but he will be missed: Southee on retiring Ross Taylor

Srinagar, Dec 30 : The National Investigation Agency (NIA) on Thursday carried out a raid at the house of a 'chronic stone pelter' in Jammu and Kashmir's Srinagar district. Police sources said t […]