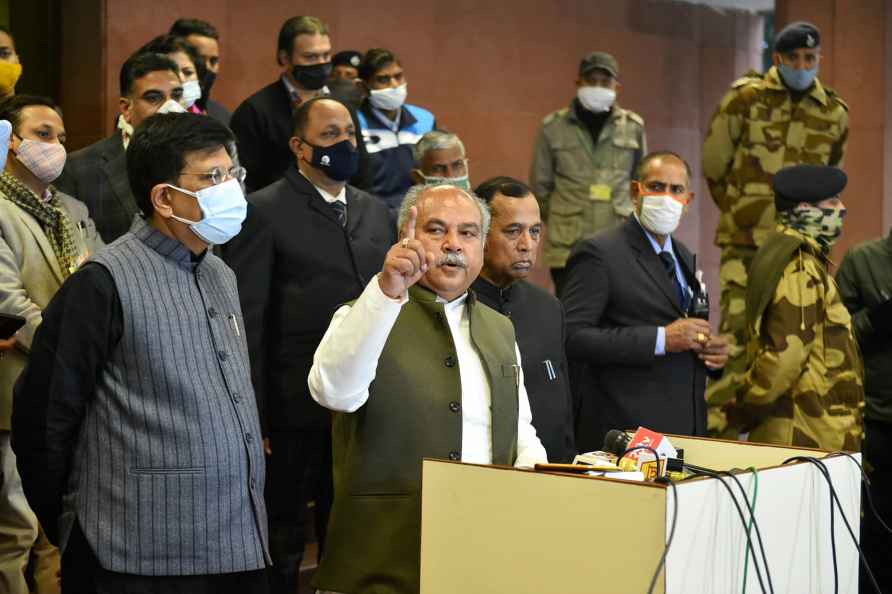 New Delhi, Nov 30 : Union Agriculture Minister Narendra Singh Tomar, responding to attacks by the Opposition parties over the farmers' issues, on Tuesday said that Prime Minister Narendra Modi "is and will remain committed towards farmers and agriculture". Talking to IANS, Tomar said that the "historic works" that have been done during the last seven years of the Modi government to boost the agriculture sector and for the welfare of the farmers were "never done" during the tenure of the Congress government. The Opposition parties, after the withdrawal of the three agricultural laws, are now demanding to enact MSP guarantee law and compensation to the farmers who died during the agitation. The Union Minister was responding after the opposition accused the Centre of only "showing off" over the farmers' issues. /IANS