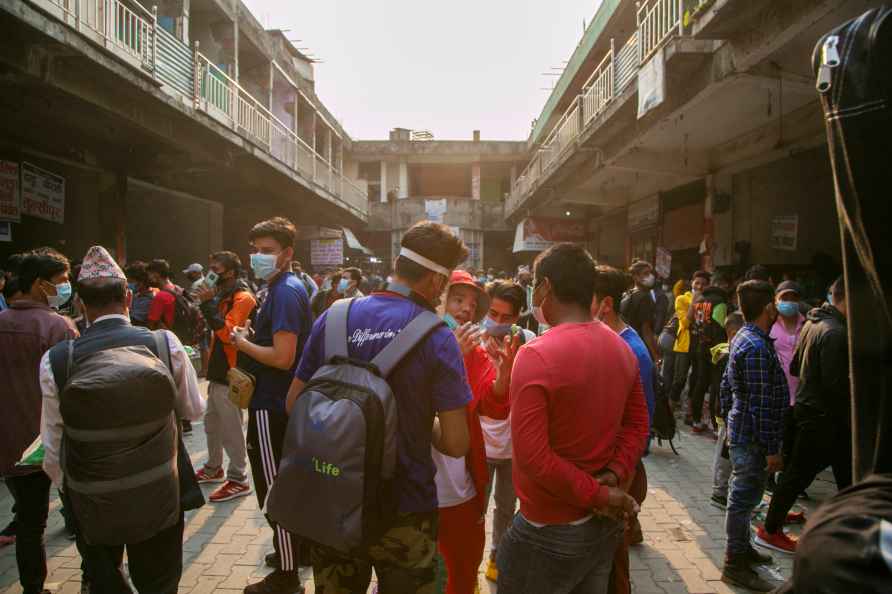 Chennai, Nov 29 : A celebration picture of entire cast of 'Beast', put out by the film's director Nelson Dilipkumar to mark the 100th day of the film's shooting, has gone viral. Tweeting the picture, director Nelson Dilipkumar said, "It's "100th day of shooting. 100 days of fun with these amazing people #Beast." The tweet posted by Nelson garnered a whopping 1,25,000 likes on Twitter. The picture was also tweeted by the film's leading lady, Pooja Hegde, who said, "The band's back together for our final act and it's gonna be an entertaining one." Sources say that actor Vijay's film is on the verge of completion and an announcement can be expected shortly. One of the comedians of the film, Redin Kingsly, too tweeted the picture. He said: "A fan boy moment, love you Thalaivaa". Director Selvaraghavan, who is actor Dhanush's brother, plays the villain in the movie, which is being cinematographed by Manoj Paramahamsa. Produced by Sun Pictures, the film's music has been composed by Anirudh Ravichander. /IANS

Every breath you take is a new opportunity to make your lives better: Mamta Mohandas
Chennai, Jan 3 : Actress Mamta Mohandas, a cancer survivor whose fight against the disease has inspired many, on Monday told fans and followers that e

Chennai, Jan 3 : A Coimbatore-based businessman hosted a baby shower (Valaikappu) for his two Persian cats at a pet clinic in the R.S. Puram area of the city. Uma Maheswaran, the owner of the ca […]

Chennai, Jan 3 : Tamil Nadu Chief Minister, M.K. Stalin has asked people to get fully vaccinated to prevent Covid-19 and its new variant Omicron from affecting them. He was addressing people at the Go […]

Mumbai, Jan 3 : Actor-director-writer Adivi Sesh, who will be soon seen essaying the role of military hero Major Sandeep Unnikrishnan in the upcoming bilingual film 'Major', has been working round the […]